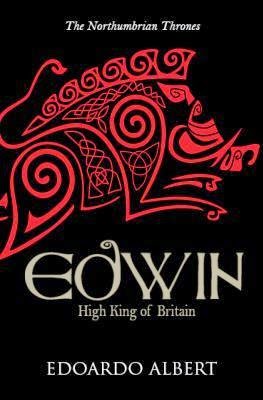 In 604 AD, Edwin, the deposed king of Northumbria, seeks refuge at the court of King Raedwald of East Anglia. But Raedwald is urged to kill his guest by Aethelfrith, Edwin's usurper. As Edwin walks by the shore, alone and at bay, he is confronted by a mysterious figure--the missionary Paulinus-- who prophesies that he will become High King of Britain. It is a turning point.

Through battles and astute political alliances Edwin rises to power, in the process marrying the Kentish princess Aethelburh. As part of the marriage contract the princess is allowed to retain her Christian faith. But, in these times, to be a king is not a recipe for a long life.

This turbulent and tormented period in British history sees the conversion of the Anglo-Saxon settlers who have forced their way on to British shores over previous centuries, arriving first to pillage, then to farm and trade--and to come to terms with the faith of the Celtic tribes they have driven out.

The dramatic story of Northumbria's Christian kings helped give birth to England as a nation, English as a language, and the adoption of Christianity as the faith of the English."

Since reading The Ecclesiastical History of the English People, a famous work of history by the eighth century monk named Bede as a teenager I have been captivated by Edwin of Northumbria’s story.  When I discovered a novel about him from a well-known Christian publisher I snapped it up. Mr Albert has written his story magnificently, though I long dreamed about writing one myself and he has beaten me to it.
It is the mark of a good writer indeed that I enjoyed this book so much despite knowing what happened to Edwin already from Bede.

What makes it so enjoyable? In part perhaps the  beautiful description of an ancient landscape, and vivid detail revealing a strong sense of the period, and and familiarity withe the culture, customs and beliefs of the early Saxon people.
Warriors, feasting in the hall, listening to a bard singing tales of the gods and heroes of old, bound by promise of gold- and sometimes bonds of loyalty to their lord. Kings, the chief of warriors, givers of gold to the men who stood beside them on the shield-wall- on whose loyalty their very lives and kingdoms may depend.

In was in this world that Edwin rose to High King of Britain, conquering or gaining the fealty of most of the Kings and Kingdoms around him with the strength of the sword, marriage or diplomacy. Yet Edwin does not act entirely out of a desire for glory and fame, but a wish to unite his people. He and his fellows are well-drawn and believable characters, coming to terms with a changing world in which they were in many ways behind.

The Christian content and its impact on the lives of the people was well-woven in with the characters of the King’s young wife her Roman priest Paulinus, and his companion James. With a will of Iron, and a pair of woollen drawers to ward off the freezing Northern temperatures Paulinus preaches the gospel amongst the pagan men.
Though it takes many years, Edwin eventually converts alongside his family, many of his people, and his pagan priest. Paulinus preached the gospel in a way that the Saxons would understand, speaking of the apostles as thegns for instance (and Old English word meaning a companion, servant or fighting man bound by loyalty to his lord), and the characters' response is not clichéd or contrived.
In fact, some do rather confuse Christian teachings and concepts- Edwin thinks that the Christian god created the old gods, for example. Though I think such confusion would be inevitable in a culture in which Christianity was totally unknown.

My only other complaints were some descriptions of the great fortress of Bamburgh which spoke of a garderobe and spiral staircase more at home in a twelfth century castle then a seventh century fortress, and some language that was a little too modern. There is violence, as it was a violent age- but no sex, which is a real plus considering many secular novels of this genre. Christian readers may wish to note that there is some description of the pagan priest having convulsions, cursing people, and other manifestations. I believe though that such things were known in ancient pagan religions, and are clearly regarded by the Christians as false and demonic. Nor are the character perfect the Christians do lie on a couple of occasions, which was not good, and they sometimes struggle to understand God's will- which of us does not at times?
Recommended for all those interested in the medieval period, the Vikings, the Anglo-Saxons, and Conversion period, and accurate, evocative historical fiction in general.I received an electronic copy of this book free from Netgalley for review. I was not required to write a positive one and all opinions expressed are my own.

The Heiress of Winterwood- Audiobook Review 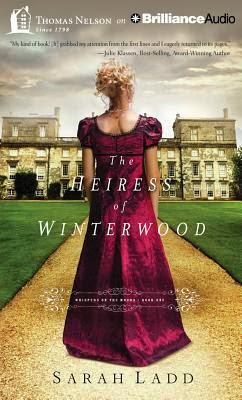 Amelia Barrett gave her word. Keeping it could cost her everything.

Amelia Barrett, heiress to an estate nestled in the English moors, defies family expectations and promises to raise her dying friend's baby. She'll risk everything to keep her word. Even to the point of proposing to the child's father, A sea captain she's never met.

Amelia's detailed plans would normally see her through any trial, but now, desperate and shaken, she's forced to examine her soul and face her one weakness: pride.

Graham's strength and self-control have served him well and earned him much respect, but chasing perfection has kept him a prisoner of his own discipline. And away from the family he has sworn to love and protect.

Both must learn to have faith and relinquish control so they can embrace the future ahead of them.


The Heiress of Winterwood was for me the best of all the forays into the Christian Regency genre I have made in a while. So many novels like this seem to be taken up with the characters kissing, wanting to kiss, or thinking about kissing, that to have one which isn’t presents a welcome change. The main protagonists’ arrangement is one of practicality at first- and things actually happen.
There’s a fairly strong central storyline, well drawn characters, an element of mystery, generally tasteful romance, adventure and the theme of redemption.

Also, unlike some other regencies, the depiction of the upper classes didn’t seem to be based on prejudices against them- but altogether seemed to be a more realistic and objective view of the period and society. Emelia was a woman who simply wanted to keep a promise to a friend, and realised her betrothed (whom she chose- forced marriage having been illegal in England since the time of Canute) was not all he seemed. Not an anachronistic libertine rebelling against the perceived ‘injustice’ or ‘inequality’ of society. Also, Graham Stirling the hero is a captain in the Navy and the year is 1814 there’s no Brit Bashing or blaming them for the war of 1812.

The names of the characters seem fitting for the time. Graham, Emelia, William, Edward and Helena- ordinary perhaps but not reflecting modern naming trends more than those of the 19th century- like Chase or Tanner.
My only complaints were that the narrator of the audiobook edition didn’t voice the respective characters very well, though she tried her best. Also, I think an American narrator wasn’t an exceptionally good choice, as a ‘British’ accent seemed challenging for her too- especially if the character had a regional accent of some kind. It may be just a personal view, but I think a British narrator would have been better- though I believe the sequel audiobook does have one.

Also, there were perhaps too many clandestine unchaperoned and often nocturnal meetings between Emelia and Graham for my liking, and to be plausible. Not that these were for any morally dubious purpose, usually to discuss important matters, but such actions could be considered morally questionable and compromising by the standards of the time- and I don’t think it’s generally wise for a woman to be wondering around on her own at night generally.
Too easy for Emelia to get in and out unnoticed , and too little regard for her own reputation I felt. There was one scene in which Graham’s brother forces a kiss on Emilia (and might have gone further) which could be considered inappropriate, but not too much so, and the plot was a little predictable in places.

Aside from the above, I would certainly recommend this work, and would love to read more by her and will almost certainly be keeping the audiobook - unless I can get the paperback anyway! Sarah Ladd is in serious danger of ranking as a favourite Regency author of mine alongside Julie Klassen.
__________________________________________________________________________
From the author's website "Sarah E. Ladd has always loved the Regency period — the clothes, the music, the literature and the art. A college trip to England and Scotland confirmed her interest in the time period and gave her idea of what life would’ve looked like in era. It wasn’t until 2010 that Ladd began writing seriously.
Shortly after, Ladd released the first book in the Whispers on the Moors series. Book one of the series, The Heiress of Winterwood, was the recipient of the 2011 ACFW Genesis Award for historical romance. Ladd also has more than ten years of marketing experience. She is a graduate of Ball State University and holds degrees in public relations and marketing. She lives in Indiana with her husband, daughter, and spunky Golden Retriever.
For more information, news and updates visit the  author's Website and Facebook Page