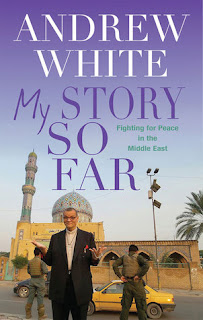 Andrew White is something of a legend: a man of great charm and energy, whose personal suffering has not deflected him from his important ministry of reconciliation. Andrew grew up in London, the son of strongly religious parents: by the age of five he could repeat the five points of Calvinism.
As a child and young man he was frequently ill, but his considerable intelligence meant that his studies did not suffer.

He set his heart on becoming an anaesthetist, an ambition he achieved, only to be redirected by God to Anglican ministry. Since ordination he has had a considerable role in the work of reconciliation, both between Christian and Jew and between Shi'ite and Sunni Muslim.

Often in danger, and always in pain, he has nevertheless been able to mediate between opposing extremes. A man of God, he is trusted by those who trust very few.


I had never read anything by Canon Andrew White before, although I have seen him on television, heard of his work and admire him greatly. The book was by turn hilarious and thought-provoking. It’s the subject is a truly amazing person who, despite wresting with ill-health for most of his life, is a man of incredible faith, courage and compassion.

Many people of modern Western churches and denominations may be of the opinion that Anglicans are not ‘proper Christians’, even Canon White himself believed this at first, but his story helps challenge such preconceptions. For me, there was no doubt that the Canon truly knows God, is saved, and is faithful in following God’s leading on his life- even though this has sent him to some of the most dangerous places and situations on earth.

Some may question his friendship with figures such as Yasser Arafat and Tariq Aziz, but his love for the people of the Middle East, and motive to help foster peace and reconciliation are undeniably real. A great story of an Amazing man, which some valuable messages about loving, judging and trusting in seemingly impossible situations. A great edition to anyone's inspirational collection.

I received a copy of this book free from the publisher, Lion Hudon for the purposes of review. I was not required to write a positive one and all opinions expressed are my own.
No comments: 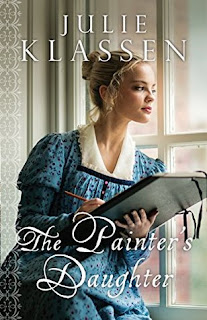 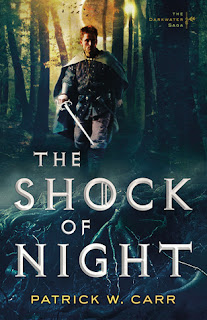 When one man is brutally murdered and the priest he works for mortally wounded on the streets of Bunard, Willet Dura is called to investigate. Yet the clues to the crime lead to contradictions and questions without answers. As Willet begins to question the dying priest, the man pulls Willet close and screams in a foreign tongue. Then he dies without another word.

Willet returns to the city, no closer to answers than before, but his senses are skewed. People he touches appear to have a subtle shift, a twist seen at the edge of his vision, and it's as though he can see their deepest thoughts. In a world divided between haves and have-nots, gifted and common, Willet soon learns he's been passed the rarest gift of all: a gift that's not supposed to exist.

Now Willet must pursue the murderer still on the loose in Bunard even as he's pulled into a much more dangerous and epic conflict that threatens not only his city, but his entire world--a conflict that will force him to come to terms with his own tortured past if he wants to survive.

After quite enjoying the prequel novella By Divine Right I decided to jump in and read the full length novel. It should be stated in advance that I am not a huge fantasy buff. I tend to prefer outright historical fiction, or what I call 'historic' fantasy- that which is similar to historical fiction but is set in a fictional country, and does not generally include fantasy elements, like magic or dragons or the like.
Not that I have any fundamental problem with the above (I was a big Narnia fan in my younger years), it’s just that most High Fantasy does not interest me that much-although I have a few such titles on this year's TBR pile.

The Shock of Night was promising at first, with the hero Willet (now Lord Dura), who is a bit of a social misfit, getting a new mystery to solve, and before long becomes inextricably linked with an ancient and secretive religious organization known as The Vigil.
As said above, the story had lots of elements that made it promising- with plenty of intrigue and mystery, not knowing who is good, or who is an enemy or friend. I think, however, the whole thing might have been a little too ambitious- too many characters, with conflicting motives, plots, subplots and disparate threads that were kind of hard to keep up with.

I almost think that the initial mystery plot-line just got lost in the complexity of the thing before long, and I know I found myself getting lost pretty early on. In fact, I almost did not finish the book, as I was getting rather frustrated, I think it was with things just becoming so long and drawn out, complicated and perhaps a bit repetitive or pointless. I'm still not entirely certain who killed the old chap at the beginning or exactly why.
The whole story could have been resolved a lot more quickly, I felt, had Willet followed up leads sooner, or had there not been yet another kidnap attempt, murder etc. …..Perhaps there was just too much intense action and moral angst that could leave the reader baffled or exhausted at the expense of character development or world-building.

As far as characterization was concerned, I think I rather found myself going off the hero Willet. He’s meant to be dark, brooding, and full of self-doubt and inner turmoil, and yes, that was there to some extent- but if it makes sense, he also seemed a little too perfect. He’s meant to be a something of badass/tough guy ex-warrior who relies on his wits- but I think his cynicism, sarcasm and wise-cracking could be rather grating, and perhaps he came across as too much of a smart Alec. For a guy who’s meant to be nearly 30, he could have been a little more mature.
His outlook and attitude seemed more like that of a stroppy teen or twentysomething who was way too full of themselves. I got the impression that this may have been the result of trying to cast him as a macho action hero.

Even though there were a lot of original details, some also did not ring true. Personally, chain mail and rapiers together just don’t seem to work for me- and seriously, bows of any kind could be a deadly weapon- a skilled archer would not have had to shoot someone ten times to kill them.
Also, the notion that the nobles were basically just a bunch of stupid, lazy fops who were scared of any real fighting, and happy to leave it to the rank and file- seemed far too much like an American misinterpretation of Medieval society for my liking. More often than not, it was the nobles and their retainers who were the warrior elite, trained for war.

I don’t know whether I would read the next one. Possibly, to find out how things pan out. I would say the author’s writing style has much improved since his first novel, A Cast of Stones was released a few years ago, but perhaps further development will come.

I received an e-Galley of this book free from the publisher via Netgalley for the purposes of review. I was not required to write a positive one, and all opinions expressed are my own.
No comments: