On My Anniversary (or Blogaversary) 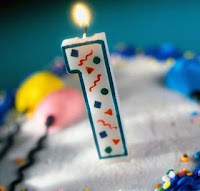 It is official, yesterday was the first anniversary of the creation of this blog on Wordpress, on the 21st November 2011, or rather of my first post.

Unfortunately, I can't offer any tantalizing prizes or fantastic giveaways, and there will be no celebratory jousting or banqueting.

So for one year I have been publishing reviews, rants, musings and other random insights about Christian historical fiction on this lovely site from my corner of England. I have never had many followers (maybe one day more will come) but I did once get a negative mention in a comment on Amazon.  Does that mean I have achieved notoriety?

Prizes and giveaways might be a good 'incentive'. How does one go about setting up such things, I mean persuading honest hard working authors to give away books for free? 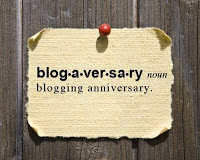 So what am I up to now (apart from serious academic work of course). Well I am reading two novels, the Tutor's Daughter by Julie Klassen  due for release in January, and A Corpse at St Andrew's Chapel,  by Mel Starr. The first is set in Cornwall in the 1800s and contains some elements of mystery/thriller, with someone playing the piano at night, but the room found empty, and other mysterious activities. Emma Smallwood, whose father is Tutor to the two younger sons of a noble family at thier grand house also seems to have a bit of a romantic interest  in one of the Older Sons Philip, whom she knew and taught alongside his brother at she and her father's school years before.

The second number two Medieval Murder Mystery series, the Chronicles of Hugh de Singleton. In a way, I like the book, the descriptions of Medieval Life and the physical environment are interesting, and I think rather well done. The one problem is that I an mot sure if I like the protagonist, Hugh.
He only seems to be occupied by two things, food and pretty women. This is not to say he is immoral of lecherous, but he is looking for a wife, and seems to spend a lot of time fantasizing about finding one, thinking about women he would like to marry, and easily distracted by  a pretty face.
When a suspicious death occurs, he does  some investigation, but has to promptly return to the castle where he lives at regular intervals so as not to miss out on his next meal....which he hates to do.

Review of Undercurrent by Michelle Griep 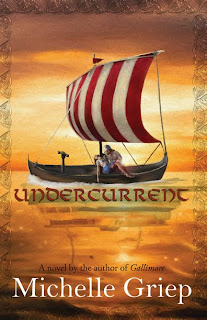 Opinion: This was one of those novels for which I had rather mixed feelings when reading it. Some parts I really enjoyed others I disliked intensely. The setting, overall was quite original, most Christian novels set in the medieval period seem to be set in the 1300s, so having one set in the Later Viking Era  was in some ways different, and probably made it more interesting.

The best Viking characters were Alarik and the Christian Ragnar, of whom Ragnar was arguably the most interesting as the only non-pagan in his territory (or almost the only one). The exploration of what it meant to be a Christian in a culture, time and society so different from our own, and the way in which Ragnar remained firm in his faith was one of the better aspects of the story. Indeed, if Viking Christians really were like him, they would indeed put modern Christians to shame.
This said, some of the other Viking could be seen as little more than typecast barbarian savages who just get drunk or get into fights.

The novel could be slow and the narrative rather weak in places, it really seemed to me as though nothing of particular significance happened (aside from Ragnar meeting Cassie) until about two thirds of the way through the book, and the characters spent most of their time trudging through the countryside (apparently York/Jorvik was the only settlement for miles).
There were some humorous scenes with Cassie and the Viking men, in which she tried to speak their language and got words mixed up, or introduced her surname as ‘Larson’ which would be masculine in Medieval Scandinavia. Her relationship and openness to Ragnar is touching, albeit a little predictable.

Overall, Undercurrent is well worth a read, but could have been better and I did have a few concerns, which are highlighted below.

Christianity/Morality: Some Christian concepts, such as forgiveness, and the depth of Christian commitment are well presented and thoughtfully explored in this novel. The necessity of faith in Christ and repentance to salvation also seem to be presented clearly in the novel.

One of the most annoying aspects of the novel (and probably the main reason why I disliked it in parts) was the nature of the interactions between men and women. For the most part the men just seemed to leer at or lust after the nearest pretty girl, and the descriptions of them doing it could become rather tiresome, or distasteful.
Even Christian Ragnar’s repeatedly fantasising about Cassie gets a little bit much after a while.I know such things happen and are a sad reflection on human nature, but Viking men with only one thing on their minds who cannot look at a girl without ogling her, or women who want to throw themselves at the nearest strapping Norseman could just prove annoying and shallow after a while.
Alarik is more committed to the idea of only having his betrothed, but even he cannot keep his hands off her when they are reunited in Norway, and has relations with her in front of Alarik and Cassie, though thankfully this is not described in detail and they soon leave.

Another things that was worrying was the ability which of one of the Viking characters apparently had to foretell future events. This was called ‘foresight’ and was events were usually presaged by him having ‘bad feelings’. Although the character in question named Magnus does mention Jesus, it is not certain that he is a Christian, and so the source of his ability is extremely dubious.
In the beginning of the novel, the mysterious peddler whom Cassis buys the wooden clasp which is so significant to the story from disappears soon afterwards, and reappears in Viking York to give her advice and guidance. It is strongly implied therefore that he is supposed to be some king of guardian angel or angelic guide, but the way he is presented and behaves just seems weird and not in agreement with the way the Bible presents such beings.

Finally, readers may wish to note the villain engages in some very dark practices, such as a form of pagan black magic which seemingly allows him to ‘shape shift’. This is described, but not gerneally in detail and is in no way glorified.

History: I personally know very little about the Vikings, and I do not know how historically accurate and plausible the story is, though the period details do seem authentic for the most part, there were a few things that were questionable. I would have thought for instance that there might have been more Christians (at least nominal ones) in Scandinavia by the time when this novel was set, approaching the year 1000, and perhaps more in Viking areas of England, such as Jorvik.
The violent, ‘backwards’, unhygienic and ‘barbaric’ nature of the environment in which some of the characters lived (especially in England) did seem a little exaggerated or overdone at times, and I would have thought there would be more than one substantially sized city in the North of England which the characters would have come across, instead of traveling for days and only encountering a rare village or two.
Thanks to the author for giving me a free PDF edition of her book to read.