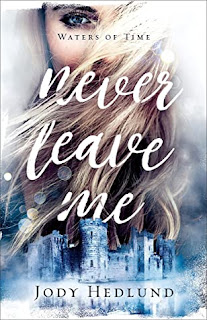 In the last stages of a genetic disease, Ellen Creighton has decided to live out her remaining days at the estate of her longtime friend Harrison Burlington. Harrison cares deeply for Ellen, but as a wheelchair-bound paraplegic, he's never allowed himself to get serious in a relationship. However, he's desperately trying to save her by finding the holy water that is believed to heal any disease.

When he locates two flasks, Ellen refuses to drink one of them because she believes the holy water killed her sister and father. In an effort to convince her to take it, Harrison ingests the contents first, and when Ellen witnesses the effects, she can no longer deny the power of the substance in the bottles. Dangerous criminals are also seeking the holy water, and Ellen soon learns they will go to any lengths to get the powerful drug--including sending her back into the past to find it for them.

Bestselling and award-winning author Jody Hedlund plunges you into the swiftly flowing river of history in a race against the clock in this breathtaking, emotional second Waters of Time story.

I finally got around to reading (or listening to) the sequel to Come Back to Me, Jody Hedlund's Medieval time travel novel, a novel I had a personal connection with, but I will say no more.
Overall, I did like this story. I especially liked seeing more of Harrison, Lord Burlington. He's a wonderful man and totally deserves to be with the woman he loves. I did love the slow burn relationship between Ellen and Harrison, even whilst both of them are denying their feelings for one another.
I like a couple of other reviewers, never really connected with Ellen though. She seemed more like an arcetype than a character and didn't act at all like someone who had known Harrison most of her adult life. Which was meant to be her backstory.

In the previous novel, I felt the world building and the method of time travel was quite credible. Well, as "credible" as time travel can be. You know what I mean. It was scientifically and historically interesting. Here..... not so much. It seemed to have become overused to the point of becoming common, almost tropey. Just some things with regards to the time travel and its effects on the body seemed to be resolved far too easily. To the point that one was left asking why they did not simply do that before.
The other thing which annoyed me was the parts of the novel set in the 14th century. These didn't feature very strongly in this story, more of which was set in the present day.

I also found they were far, far weaker than in the first novel and there seemed to be a couple of cliches about the period which kind of annoyed me. We're told for example in the Middle Ages didn't use Opiates because they thought they were of the Devil. Umm, hate to be that person, but what about the Cadfael novels? Or even seen the TV adaptations? Brother Cadfael's extensive use of "Poppy Juice" in the 12th century wasn't something Ellis Peters just made up.
The idea that one could just have a person burned accused of witchcraft and burned witch willy-nilly on the basis of --- anything. Basically.
Nope. The laws which permitted the burning of heretics in England weren't even passed until 1401, nearly 20 years after this novel is set.

Actually, I really felt that I was reading recycled scenes from one of Hedlund's previous novels For Love and Honor at one point. Since that was a YA Fairytale Romance, it felt kind of off. As did the use of the Marriage of Convenience trope late in the novel. It wasn't really necessary and didn't add anything to the story.

I liked some of the earlier parts, and especially liked meeting the new character of Nicholas, but those parts kind of annoyed and the way that the action kind of ended abruptly. I don't want to give anything away, but after all the build-up the last few chapters seems rather anti climatic and left a lot unresolved.
Also, I think the motivations of the villain/villains should have been given more attention.

Why did the modern villain have the same surname as the villain in the 14th century? The explanation for this just didn't feel plausible. They both wanted the Holy Water, 600 years apart. Are we supposed to believe the whole family had just been evil and greedy for more than 6 centuries ?) It might have been more interesting if the author decided to make the villain a time traveller as well, who had chased the protaganists to the past, or was in cahoots with his modern counterpart

Finally, I thought there were a couple of things that weren't really wrapped up very well. Although someone has mentioned there may be a 3rd novel in this series, and I thought there was only 2. So maybe it was being left open for the next book? A 3rd book would be fun, as I'd like to find out what happened to some of the secondary characters.

Thanks to Netgalley and Revell Books for an Arc of this title. This in no way influenced my review, and all opinions expressed herein are my own. 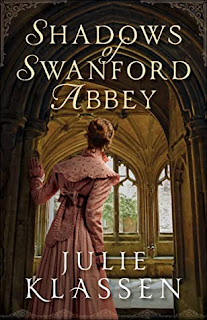