So it nearly the new year- and for the history buffs amongst us, there's a lot to get exited about.

15th June 1215- Magna Carta
June is the biggie- marking the 800th anniversary of the 'signing' of the Magna Carta- considered by many to be the foundation of British Democracy, with many attendant notions of liberty, freedom and rule of law.

On this side of the Atlantic, the events include a special exhibition in Salisbury Cathedral of the four surviving original manuscripts of the Great Charter, and the publication of a whole host of History Books on the Magna Carta, King John, and many other related subjects.

In the fiction genre, there are a couple of titles of note. One is Dina Sleiman's upcoming  release Dauntless, the first book in her YA Medieval Valiant Hearts Series. Dauntless is set in 1216, the year after Magna Carta and at the very end of King John's reign, and has a lot in common with the Robin Hood stories....of whom King John is the perpetual villain. 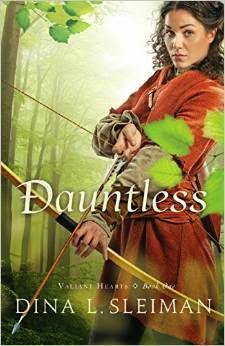 Timothy Grey, ninth child of the Baron of Greyham, longs to perform some feat so legendary that he will rise from obscurity and earn a title of his own. When the Ghosts of Farthingale Forest are spotted in Wyndeshire, where he serves as assistant to the local earl, he might have found his chance. But when he comes face-to-face with the leader of the thieves, will he choose fame or love?"


There is also an older title, dating that is from 2012, which I read last January- Swords of Heaven- The True Story of the Magna Carta by C.D.Baker.
This novel tells of the events of last years of the reign of Henry II, through that of his sons Richard and John, culminating in the Magna Carta and its aftermath, from the perspective of Isabel de Clare, wife of Sir William Marshall.
Marshall was in himself a fascinating figure, sometimes hailed as the Greatest knight in English history, who rose from relative obscurity to become Earl of Pembroke and Regent of England.

" Baker's meticulously researched novel reveals the nearly forgotten story of the unsung heroes of the Magna Carta...Sir William Marshal and Isabel de Clare. Complete with a colorful collection of memorable characters, this story-based-in-fact invites the reader to experience everyday life, love, and the dram of warfare in medieval England. Filled with action, suspense, romance and intrigue, 'Swords of Heaven' brings to life the breath-taking events that rescued liberty from the grasp of tyrants."

25th October 2015- Battle of Agincourt
For us Medieval buffs , six months later in October  also marks the 600th anniversary of the Battle of Agincourt, that Great English victory of the Hundred Years War that probably made the reputation of Henry V, and is the seminal event of his conquest of France. In the secular fiction market, there's no shortage of novels related to Agincourt, but when it comes to Christian Fiction, there's a distinctive dearth.

Could it be because some Americans seem to prefer to take the side of France, and Joan of Arc is better known and celebrated by them? Maybe I'm putting the cat amongst the proverbial pigeons, but Agincourt is an event that still inspires and creates controversy.
The romantic in me is rather attracted to the idea of the longbows in the hands of he common Englishman  being a match for a heavily armoured knight, and allowing them to achieve victory despite likely having being vastly outnumbered.
William Shakespeare was to immortalize the Battle nearly 200 years later in his play Henry V - though by this time the victory was already legendary. As a huge fan of the play, and something of a sympathizer of Henry the man, the anniversary is wont to stir feelings of patriotism- For England and St George!

18th June 1815- Battle of Waterloo
400 years later was another battle which ended in a famous victory for Britain and her allies and which the Regency Buffs may be familiar- I am of course referring to the battle of Waterloo, marking the final end of the Napoleonic Wars

Given the popularity of the Regency sub-genre, there are probably many novels that mention or even feature the great battle- though I cannot think of any specific titles, the more seasoned Regency fans likely can.
I'm not aware of any specific planned commemorations, but there may well be something. 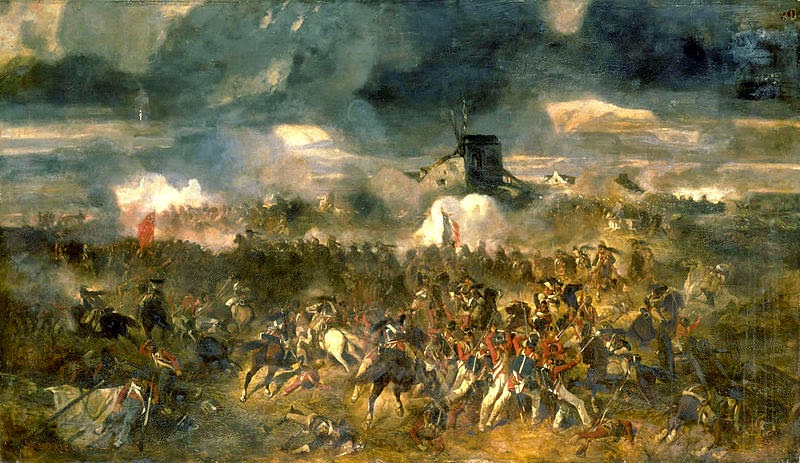 The Armenian Genocide
Moving away from England and to a more tragic event without attendant celebrations of victories for freedom or Great Men. No doubt most are aware of the 100th anniversary of the beginning of the Great War this year. It was during this conflict that the notorious Armenian Genocide took place- and event which has to this day never been acknowledged by the Turkish government as has been overshadowed by the wider events of the War and of the later Holocaust.
It is reckoned that some 1.5 Armenians, mostly Christians were killed or expelled from their ancestral homelands.
According to tradition, the Armenians are one of the oldest Christian communities on earth, and Armenia the first Christian country.
Before the Ottoman Empire, the lands which are now Turkey were part of the Eastern Orthodox Byzantine Empire, and the Armenians could be considered a survival from the Greek Christian past- the spiritual leader of the community even held the title of the Armenian Patriarch of Constantinople.

Some members of the community settled in Syria, and their descendants are not caught in the Middle of the conflict there. Perhaps then, 2015 is also an appropriate year to be mindful of the plight of the ancient Christian Communities of the Middle East, in Syria, Iraq and other regions, who are facing persecution and threatened with extermination today.