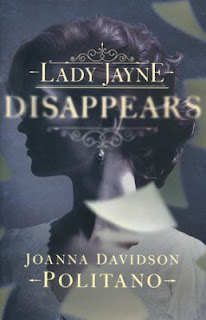 When Aurelie Harcourt's father dies in debtor's prison, he leaves her just two things: his wealthy family, whom she has never met, and his famous pen name, Nathaniel Droll. Her new family greets her with apathy and even resentment. Only the quiet houseguest, Silas Rotherham, welcomes her company.

When Aurelie decides to complete her father's unfinished serial novel, writing the family into the story as unflattering characters, she must keep her identity as Nathaniel Droll hidden while searching for the truth about her mother's disappearance--and perhaps even her father's death.

Yet, I have to say I did not like this as much as my favourite Victorian authors: there was plenty of suspense and drama to keep the reader interested, yes, but there were a few things that were really frustrating for me. Mostly, it was the Americanisms: the book was absolutely riddled with them, and this was exacerbated because it was written in the first person so that the Victorian English characters talked about eating ‘candy’ and ‘dessert’. Indeed, all the characters ate in the American way with only forks, instead of according to the British custom, with a knife and fork held in the right and left hands respectively. In another passage, the heroine sees a character emerging, drunk, from the ‘saloon’ of a pub. Establishments that sell alcohol have never been known as saloons in Britain.

The reference to Aurelie and her Aunt traveling to ‘the London station’ was annoyingly vague. Which London station? There are several major railway stations in London which have existed since Victorian times, King’s Cross, Euston, Victoria to name but a few. It sounds as though the author doesn’t know the names of any railway stations in London, and has just given the general location. Sorry, but I find that lack of detail jarring, and that such oversights damage the credibility of the characters and setting.

I suppose these are only minor details, but they do prevent me from giving the book the higher rating which it otherwise deserves. Mrs. Politano is certainly a talented writer, to be able to write what was essentially a story within a story, with so many twists and turns, suspense and intrigue. I look forward to her next one and recommend this one despite some of the reservations detailed above.

I requested this title from Netgalley and listened to the audiobook of my own volition. I was not required to write a positive review and all opinions expressed are my own.