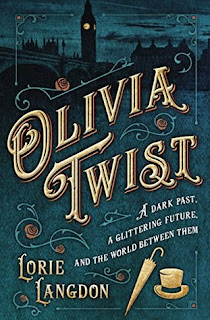 Olivia Brownlow is no damsel in distress. Born in a workhouse and raised as a boy among thieving London street gangs, she is as tough and cunning as they come. When she is taken in by her uncle after a caper gone wrong, her life goes from fighting and stealing on the streets to lavish dinners and soirees as a debutante in high society. But she can’t seem to escape her past … or forget the teeming slums where children just like her still scrabble to survive.


Jack MacCarron rose from his place in London’s East End to become the adopted “nephew” of a society matron. Little does society know that MacCarron is a false name for a boy once known among London gangs as the Artful Dodger, and that he and his “aunt” are robbing them blind every chance they get.

When Jack encounters Olivia Brownlow in places he least expects, his curiosity is piqued. Why is a society girl helping a bunch of homeless orphan thieves? Even more intriguing, why does she remind him so much of someone he once knew? Jack finds himself wondering if going legit and risking it all might be worth it for love.

A gender-bending retelling of Oliver Twist with Oliver a girl called Olivia was a clever idea.
I don't object to changing the gender of Oliver, or the way the story picks up a few years after the novel ends, with Oliver aged about 9. Here (s)he is 18, and still struggling to find her place in the world. Society and her Uncle want her to be a proper Lady, but she is more interested in helping street orphans whilst dressed as a boy.

There was just something about this book I could not get on with. I don't know, maybe I never connected with the characters, or felt that Olivia's spunkiness was a bit of a cliche. Characters like her have just been done before- a lot.
I may not be the only one who ended up feeling sorry for the other young man, Max, who ended up as the spare side of the love triangle plot-line also featuring Olivia and none other that the Artful Dodger. He was a victim of the 'marriage of convenience' trope and I don't know, I think the way things ended up with him was very cliched and predictable as well.

Perhaps even displaying quite a lot of selfishness on the part of Olivia, after some frankly disgraceful behaviour. I'm sorry but I feel that concern for the poor and disadvantaged did not entirely justify the way she treated Max, simply because he did not share her passion for the cause. [ justify as good as cheating on her fiancee who had known you from childhood, and then dumping him after one fight because he would not do what she wanted (hide spoiler)]

Also, I found myself a little overwhelmed with the 'extra' characters. Apparently, Olivia has at least two cousins. Yeah, where did all these extra relatives come from, and the stuff about her parents. Maybe its just that I have a very fixed idea about Oliver's parents from in my head, and seeing that changed kind of jarred me.

Finally. I do wonder whether the novel The Legend of Sleepy Hollow by Washington Irving was really so popular and well-known in Victorian London that literally almost everyone recognized allusions to it, or names of characters almost straight away. Indeed, it seemed to be one of the only books they read: wasn't there any other popular Literature at that time?

The language was also at times an odd and awkward mixture of British slang and- something else. Maybe modern slang or American English, but I'm pretty sure the word 'kids' still meant baby goats to people in Victorian Britain, and was not yet a widely used slang term for children.

Really, there was nothing at all wrong with this story, I'm sure many people would love it, and its an ideal YA read. There's adventure, humour, and a hint of love, and a very well written theme of redemption.
It was was not a favourite of mine, and I don't know, I just sort of hope it does not entirely replace the original Oliver Twist for young readers.