I'm back again after a week break, and this week I am going to include the last book that I finished. The final title in Julie Klassen's Regency series 'Tales from Ivy Hill'. I can't wait for Julie Klassen's next book and wonder what she's got lined up for us next (hopefully in December). 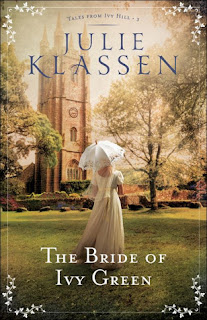 "Mercy Grove could no longer put off the painful task"