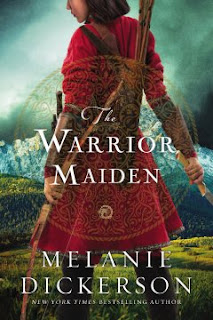 She knew a woman was expected to marry, cook, and have children, not go to war. Can she manage to stay alive, save her mother, and keep the handsome son of a duke from discovering her secret?

When Mulan decides to take her father’s place in battle against the besieging Teutonic Knights, she realizes she has been preparing for this moment her whole life—and that her life, and her mother’s, depends on her success. As the adopted daughter of poor parents, she has little power in the world. If she can’t prove herself on the battlefield, she could face death—or, perhaps worse, marriage to the village butcher.

In her disguise as a young man, Mulan meets Wolfgang, the German duke’s son who is determined to save his people even if it means fighting against his own brother. Wolfgang is exasperated by the young soldier who seems to be one step away from disaster at all times—or showing Wolfgang up in embarrassing ways.

From rivals to reluctant friends, Mulan and Wolfgang begin to share secrets with one another. But war is an uncertain time and dreams can die as quickly as they are born. When Mulan receives word of danger back home, she must make the ultimate choice. Could she be the son her bitter father never had? Or would she become the strong young woman she has been created to be?

I was not sure whether to give this book 3 or 4 stars. So I will ultimately settle for 3.6. Readers beware this review is going to be on the long side.

First off, I don't share the outrage of some over the 'cultural appropriation' of a Mulan story set in Germany and Poland. I believe stories have always traveled and passed along cultural and geographical boundaries. Besides of which, I'm a Brit and I can well attest how many of my country's great stories have been retold and adapted across the world. We don't have a copyright on Robin Hood, King Arthur or Shakespeare.

Anyway, without further ado. The story itself was quite good. The Romance was charming, and there was plenty of adventure and excitement.
As far as the characters went, at times I liked Mulan, at other times I wanted to slap her. She could be very inconsistent. I think by the end the author did a good job reconciling the warrior with a woman who could still be vulnerable, but at times she was just so changeable and getting annoyed over silly things.
I kind of preferred Wolfgang, and the situation with his brother Steffan. At times he could be a bit of a jerk, yeah, but we was trying to do what he was raised and trained to. At least that's how I saw it.
I also rather liked Andrei, Mulan's companion/Squire/Friend. He could do have his own story.

The battle scenes were well written- but- I found some of them very unrealistic at the same time.
The Grand Master of the Teutonic knights going into battle without any armour on. Just no. In fact, the elite military order of the Teutonic knights came over as pretty useless and incompetent for most of this story. At one point a division of them just gallop straight towards a line of archers.

Finally, whilst most of the details of the story were authentic, there were some inevitable modern Americanisms ('uh-huh' and 'yeah' and one character says 'girlfriend'). I note with some disappointment that this is the third Medieval Fairytale retelling by this author in which there's been a reference to potatoes.
Potato dumplings may be a traditional dish in Lithuania today, but they weren't in the 15th century because-we-did-not-have-potatoes-in-Medieval-Europe. None. Nada. They come from the Americas, specifically South America and could not have been known in Europe before they were introduced in the 16th century at least.

Also, I found some of the situations at the end rather questionable. For one thing, they really reminded me of the closing part of Ivanhoe by Walter Scott. Ivanhoe was good, but historically accurate it was anything but.
I've read that a person could only be tried for heresy by a church court: and the Teutonic knights were not a church court, and also the whole thing about a woman being accused of heresy taking part in combat did not wash with me.
Now, I know people are going to be thinking 'Joan of Arc' but there are plenty of examples from before her of women who took part in fighting and warfare and did not get into trouble for it.  It was not beyond the pale even then.
Its entirely possible that the author meant this to be a distortion of Christian and social ideals, as represented by the villain. At least I hope so.

Overall I did like The Warrior Maiden as an interesting spin on the Warrior Woman/Girl trope and the Mulan story. Some suspension of disbelief is required, as with most novels.

Thanks to BookLook Bloggers for allowing me to request this title. I was not required to write a positive review and all opinions expressed are my own