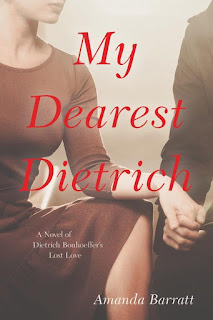 Renowned German pastor and theologian Dietrich Bonhoeffer is famous for his resistance to the Nazi regime and for his allegiance to God over government. But what few realize is that the last years of his life also held a love story that rivals any romance novel.Maria von Wedemeyer knows the realities of war. Her beloved father and brother have both been killed on the battlefield. The last thing this spirited young woman needs is to fall for a man under constant surveillance by the Gestapo. How can she give another piece of her heart to a man so likely to share the same final fate? Yet when Dietrich Bonhoeffer, an old family friend, comes to comfort the von Wedemeyers after their losses, she discovers that love isn't always logical.Dietrich himself has determined to keep his distance from romantic attachments. There is too much work to be done for God, and his involvement in the conspiracy is far too important. But when he encounters a woman whose intelligence and conviction match his own, he's unprepared for how easy it is to give away his heart.With their deep love comes risk--and neither Dietrich nor Maria is prepared for just how great that risk soon becomes.Based on detailed historical research and including photos from both Maria's and Dietrich's lives, this is a true love story at once beautiful and heartrending.

I wasn't planning on requesting this book, but when a Netgalley Widget from Kregel Blog Tours landed in my Inbox, I decided to go ahead, and I'm very glad I did.
I knew a little about Dietrich Boneoffer a little about Maria, his young fiancé too. What I didn't know was the depth of his relationship with George Bell, the British Bishop of Chichester, who actually worked to try to get the German resistance efforts recognized internationally.

This novel though really bought the most famous part of Bonhoeffer's life, during the war years to life. Its meticulously researched, from his own letters, biographies about other sources, but is very well written and readable for all that.
It illustrates very well the theologian's struggles to reconcile his faith with his activities in the underground resistance and rebellion against the terrible evil of Nazism. The way the Christian should respond to tyranny and evil in their midst is one believers have wrestled with almost since the beginning, but it becomes more tangible here.

As the title suggests, the relationship between Dietrich and Maria is the central focus of this novel, although I would not call it a 'romance' in any traditional sense. The book that is, not their love. It describes the slow discovery of their love, and development of the relationship. Showing and telling of a true live forged in impossible times and amidst the nightmare or war and tyranny.
Its also a story of hope and submission: how Dietrich and Maria held each other in their hearts, since they spent much of their relationship apart. How his greatest ministry happened during his time in prison, when some of his best known and touching letters were written.

The book is this a worthy tribute to Dietrich and the woman he loved: a subject which has been covered a lot in History Books, biographies and movies, but not in fiction.
The further reading section at the end is useful to the reader who wishes to go further and learn more.

Thanks to Kregel Publications for the Netgalley Ebook of this title. I was not required to write a positive review and all opinions expressed are my own.