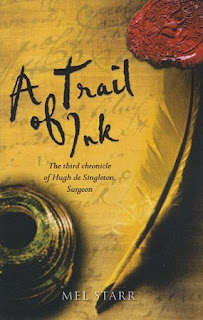 Altogether A Trail of Ink is an enjoyable mystery story and light read that does not rely on gory murders (in fact this event does not happen until over halfway through the book), in a fascinating and well-researched setting. The said, the elements of the story which can be repetitive, formulaic and predictable were a shortcoming, which could perhaps prove problematic if the series continues.