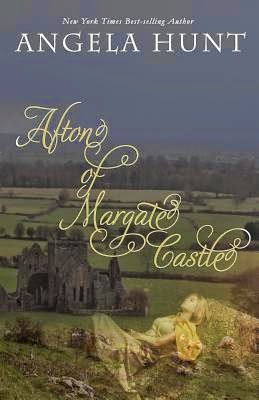 Beautiful, headstrong Afton is taken from her parents at an early age and raised in the castle, a companion to the earl's daughter. Schooled in the ways of kings and surrounded by splendor, Afton falls in love with the earl's son, brave, Calhoun, her childhood protector.

But Calhoun's mother, the Lady Endeline, has much different plans for him than marriage to a villein's daughter. Suddenly Afton's world is torn viciously apart. She is cast out of the castle, given to a man she fears and despises as a reward for his loyalty-an all too clear reminder that, for all her dreams, she is nothing but a villein. Now all she has left is a burning desire for vengeance

There was a decent story in this novel, but I fear it was wrapped or so thoroughly in the negatives that I could not enjoy it. It was possible to sympathise with the characters, at least at first, but the device of throwing every possible ill circumstance conceivable (and some inconceivable) at the characters for as long as possible, seemed to be to become stretched and predictable after a while.
To me, some of the motivations of the characters and situations also seemed-a little far -fetched- something akin to, "We can do defy the law, abuse people an' get away with it cos' it not America and it's the Medieval times". A faulty assumption if there ever was one- rule of law has its origins in Medieval England, and I for one have never heard of peasants' children being taken as tribute by the nobility- yet this is the major basis of the plot.

I don't doubt that some research has been done on the time period- though I wonder if it extended to the plants and animal life of the British Isles considering the references to potatoes and characters being given Turkey to eat, as well a bear and a Hickory tree. The former were not introduced to Britain, from the Americas, until at least the 1500s, four centuries after this novel is set, and Hickory is certainly not indigenous to the UK.

The biggest issues with me, however, was the imposition of modern standards, values and beliefs onto the past, mainly with the protagonists who judge their fellows and the world around them by these standards, and the inclusion of a number of myths, misconceptions, and misinformation about the Middle Ages into the story. I understand the author might have wanted to incorporate Evangelical Christianity into the story, and that's all well and good, but along with this are 20th century ideals, and a hint of political correctness (demonstrated in the hero's belief- not consistent with the time that many people who went on Crusade were `religious fanatics'.
Indeed they were, but I doubt twelfth century people had the some definition of fanaticism as we do, or many believed that Muslims had as much of a claim to Jerusalem as anyone else.)

A knight who stubbornly clings to pacifist sentiments is a severe aberration in itself, but the hero Calhoun's pontificating about the supposed `cruelty' and `bloody ways' of King Henry I suggested an entirely unrealistic and naïve view of the world and the period on his part. The accusation of cruelty was based on an incident, recounted in the early chapters, in which the King had his granddaughters blinded, which is made to seem like a wanton act of sadism by a paranoid tyrant (perhaps in part due to the misreporting of 20th century historians). In reality, this incident was a response to the girl's father, and the King's son in law having had his own hostage, the young son of another Lord, blinded, and apparently believing he could get away with it because he was related to the King.

Herein lies the crux of the matter- Medieval Kings had to be tough, and to a certain extent hard, to maintain their credibility, law and order, and keep the nobility in check.
A King who allowed his son-in-law escape punishment for such an act as that recounted above would likely have caused his nobles to believe he didn't care about justice and was prepared to allow his friends and relatives to get away with murder.
I doubt any King who espoused the ideals of Calhoun would have lasted long, and the fact that Henry's reign bought peace to England for 30 years, when that of King Stephen resulted in 20 years of civil war shows who was the more successful King by Medieval standards. Yet modern judgement prevails, and Stephen is presented in a far more favourable light.

Afton, the peasant heroine, is also modern in her outlook, reflecting feminist and so some extent, socialist sentiments as well as an apparently modern attitude towards God allowing suffering. I understand her abusive marriage put her off men, but here insistence that she could `look after herself' just did not always seem credible.
Afton also believed her husband had the `right' to kill her if he suspected her of adultery, or even if she failed to please him- which culminated in him dragging her out into the garden and trying to burn her. One would think that having been raised in a Castle, she would have a better knowledge of English law- as she cites it later on, but apparently not.
In years of studying the Middle Ages at degree level I have never once come across any law, custom or precedent in Medieval England which allowed a man to kill his wife on the mere suspicion of adultery- for any kind of legal penalty to be implemented, usually a fine, whipping or the confiscation of land- the woman usually had to be physically caught in the act. Also, burning was never a punishment for this offense in England, so not even evil and horrid Hubert, husband of Afton could plausibly have just got away with such a thing.

Overall, I think the representation of the nasty and unpleasant aspects of this period were exaggerated and life for women and peasants at the time made to seem worse than it really was. I don't blame the author for this, it's probably the sources which were the problem- but it's not correct that women and peasants had no rights. Nor was I convinced by the idea that peasants never washed- one does not have to have a full sized bathtub in order to do this. Accompanied with the usual tropes of black teeth and non-existent table manners, the depiction of the period struck me as unrealistic and clichéd.