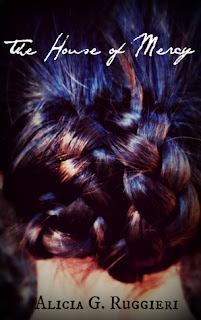 A story of justice, love, and mercy in post-Roman Arthurian Britain.

When a hailstorm ruins her father's crops, Bethan goes as a kitchen servant to Oxfield. There, she intends to work off her family's debt to Lord Drustan before returning to marry the fervent son of a local priest. Yet, in her first days at the old Roman fortress, Bethan meets two men who are very different from the priest's son, friends who have dark histories... and shrouded futures.

In his twenty years, Deoradhan has swallowed much of sorrow’s cup and found it bitter. Haunted by his father’s murder at the hands of one he trusted, distanced from the Roman God who betrayed him, burning to obtain his rightful throne in the rugged north, the young exile returns to Logress, where High King Arthur holds together a frail confederacy.

There at Oxfield, Deoradhan's friend Calum seeks absolution for a deed he committed many years ago... a deed that ended in the death of one dearest to him and drove him from his home.

Will Deoradhan stop at nothing to gain his rightful position? Is atonement possible for Calum after so many years? And what of those - including Bethan - whose lives have become interwoven with theirs?      Christian alternative historical fiction, appropriate for young adult/adult readers

The House of Mercy was a clean Christian story, and a ‘clean read’. Considering some of the recent cinematic offerings, it was something of a welcome change to have a story set in the Arthurian period that more than acknowledges Christianity in that time period. I did feel that there was not always a great ‘sense’ of period, and that much of the story could have happened at any time- although in other places this was stronger, and the reader could really 'get into' the story and the time.

Also I’m fairly sure there were no druids in sixth century Britain (at least the areas that had been ruled by the Romans) for one simple reason- the Romans wiped them all out in the first century, and outlawed human sacrifice.
Perhaps the Arthurian legends, characters, and politics of the age could have been incorporated more into the story, as it provides such fertile ground for storytelling- but enough of the historical criticism.

This was a solid story which explored sympathetically and represented the important themes of redemption, hope, grace and mercy in often almost impossible circumstances. I will say that the characterization of Deoradhan, as the hardened lapsed Christian who lost his faith because of ill-circumstances is something of a cliché in this genre.
This aside, I would say that this is almost a tale of the faith journeys of the characters, whose lives are wound together. In this regard, it works well, and generally flows well, with the characters having to come to terms with the past experiences, flaws and weaknesses, and overcome them. The conclusion of each person’s story was not (usually) predictable too easy or clichéd.

Generally, for those seeking a decent historical ‘adventure’ story that is relatively short and easy to read, but meaningful, this is probably a good choice.