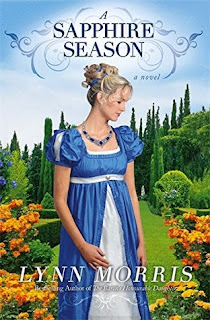 Lady Mirabella Tirel, the beautiful daughter of the Marquess of Camarden, takes a practical approach to love since a dashing captain broke her heart at age 17. Now at almost 22 years old, she has decided to endure one last London season to secure a suitable engagement and begin a simple life in the country.
Sir Giles Knyvet is Mirabella's oldest friend and her most dependable ally, and he is also secretly in love with her.

Yet he knows the prospect of a relationship is doubtful: Besides being a mere baronet, he aims to settle a large family debt before sharing his feelings with her. But as Mirabella draws close to a suitable match, Giles may need to interfere to buy himself more time.

For starters, it was I think pleasant to find a Regency Romance story which does not rely on various plot devices such as espionage, political intrigue, or some kind of threat from criminal activities to crank up the drama. There was no mystery, no fast-paced action- no murders, kidnappings or treasonable plots. For some, that might be a bad thing- but I didn’t really mind it.

I could describe the story as a simple, plain, old fashioned Regency that is more character driven than plot driven, and does as it promised- focusing on the heroine’s attempts to find a husband in one particular season. In some ways, actually, I think some Regencies focus too much on the sensational or dramatic, and so it’s good to find one that just offers a simple story which was still enjoyable.
The downside for me, was that I sometimes found it a little hard to follow. I think perhaps that there were too many characters, and so it was hard to keep up with their interactions to one another and their activities. Sometimes I found myself forgetting who X and Y actually were and how they were related to other characters, which cannot be a good thing.

Also, alongside a few annoying Americanisms that intruded upon an otherwise solid and credible period setting (I’m fairly certain that nineteenth century Englishmen did not describe distances in urban areas in ‘blocks’), I think perhaps I had some issue with the heroine Mirabella. In some ways, she was everything a Regency heroine could be- but in other ways, she came across as very fickle, indecisive and rather priggish.
She seemed to lead men on, with her known intent of finding a husband, court them and seem keen on them- and then totally go off them for sometimes the most trivial of reasons, whilst still holding a flame for the distant hero. I mean, was she really trying to find a husband or not? As it seemed as if nobody but the guy she fancied all along could ever be good enough…..yet it was obvious that they would get together in the end.

Overall this was an enjoyable book, the Christian theme well delivered without being clichéd or too contrived, and the period details I felt added to the story. I would certainly recommend for fans of Regency and Romance.

I received a copy of this book free from the publisher via Netgalley in return for review. I was not required to write a positive one and all opinions expressed are my own.