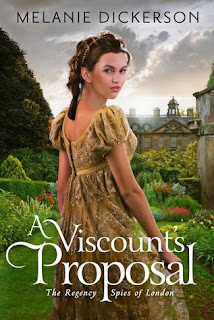 Otherwise though, this good story in a lot of ways, with a lot of historical detail and a slower development of the relationship between the characters. Plenty of romantic tension, and a few witty exchanges made for some great scenes. One other strong point was that there were less obvious Americanisms in this novel then a lot others like it. There were still some, but they weren’t as blatant. Overall it was a cleverly written and imaginative Romantic story, without too much mush. Readers of the Regency genre will be very satisfied. I had borrowed this on Amazon Prime because it was not on Netgalley, but I would certainly consider purchasing it for myself and I look forward to the next in the series.