No, I haven't suddenly become a published author and not told anyone, this is in fact my first Guest Post by Author Deborah Heal (her bio can be seen below the post). Thanks Deborah for sending me this, and I'm inclined to agree with many of the views expressed. So without further introduction here it is....

WARNING! “PRUDISH” CHARACTERS ON BOARD!

Writing Christian fiction is not for the faint of heart. As my friend Tom Jones (the pastor not the pop star) recently told me, if you’re going to be a writer you have to grow a thick skin because people will criticize.

A few weeks ago, I received a criticism of my young adult trilogy from a friend of mine who is a deacon in 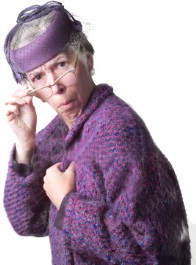 the Episcopal Church. She said that teenagers are going to roll their eyes at my characters Abby and John for their commitment to sexual abstinence. She assured me that mainline denominations believe that concept is misogynous and outdated, and that as long as the couple is mature enough and respect each other enough, sexual activity is suitable and even assumed—especially if they are engaged.* See more below.

A recent (3-star) review of Every Hill and Mountain by SKJAM! REVIEWS closely mirrors her view.

“This book is aimed at the Christian young adult market, so there is quite a bit of God-talk …The sexual prudishness of the protagonists will probably have older teens, particularly ones not raised in more conservative Christian communities, rolling their eyes. Conservative Christian parents, on the other hand, are likely to approve of Abby and John’s chaste relationship.…”

This same reviewer jumps to the conclusion that the reason my characters are so “prudish” is because they’ve been the victims of an abstinence-only sex ed program. He continues:

“And [Ryan’s] reasoning for having sex with Kate shows the perils of abstinence-only sex ed and purity culture–a more streetwise woman than Kate would have noticed how bogus the logic was.”

Speaking of bogus logic. Modern sex-ed programs do everything but assist teens into bed with so-called “safe sex” instructions. It is the abstinence-only programs that teach girls (and boys) to be “street smart,” to warn them of the perils of listening to their hormones talking.

Of course, I was quite conscious as I wrote the trilogy that our culture has taken the position that abstinence is passé, uncool, unnecessary, and an impossibility. (And possibly even dangerous to the health of its practitioners.) No one could watch contemporary TV or movies or read secular novels without realizing that “dating” (if the word is used at all) equates with a sexual relationship. Actually, “relationship” itself equates with sexual activity.

And I knew that many contemporary mainline denominations are silent about what the Bible says about sexual purity. My deacon friend actually asserts the Bible doesn’t even teach this.

But I have to admit I’m more than a little shocked that this reviewer and especially my deacon friend would find Abby and John’s commitment to abstinence a negative. After all, even if you believe that it is impossible to live a sexually pure life wouldn’t you still want novels to present this ideal to teenagers? I would say that although it is impossible to fully live up to any of the Bible’s commands we still need to hear what they are. (And turn to Christ as the law’s fulfillment.)

I once read an article in which young people had been interviewed about teen novels that adults write for them. More than one complained that adults seemed only to write about teens having sex and using alcohol and drugs. “We think about more than that,” one girl said. “We think about lots of other things, important things.”

I respect that and try to offer teens substance in my books. I believe they are looking for heroes and role models such as my fictional characters, Abby and John. I disagree that my characters are sexually repressed prudes. Here is the passage from Every Hill and Mountain that apparently offended my critics. Abby and Kate’s boyfriends are stuck at Abby’s house and spend the night downstairs in the living room. During the night, an emergency comes up and Abby must find her boyfriend John quickly.

The tricky part would be finding John. Pat had brought a sleeping bag from the hall closet for him, but Abby had no idea where he put it. Other than the soft snores coming from the vicinity of the couch, the room was completely quiet.
She discovered the answer to her question when a hand came out of the darkness and grabbed her ankle. She stumbled and landed on a warm chest. A bare warm chest, from which came a soft whoosh of air. Right after the whoosh, a large hand covered her mouth. The precaution was unnecessary. She had recognized John’s cologne and knew in an instant that it was no nightmare monster attacking her.
He put his mouth to her ear and whispered, “What are you doing here? I thought [Ryan] Turner was the one planning on nighttime shenanigans.”
Abby pulled his hand away from her mouth and tried for indignant, which was difficult when whispering. “Don’t be ridiculous, Mr. Roberts. If I was inclined to get into your bed, and I’m not, it wouldn’t be with Ryan in the room.”
“Well, you are in fact in my bed, and you’d better get out of it quick. I know the Bible says God will never give us any temptation stronger than what we can handle, but…”
“Just to be clear, you are the one who dragged me into your bed, and—”
“Abby. Please. Have pity. What is it you want?”
If felt wonderful being in John’s arms, but she had promised him and God that she wouldn’t intentionally tempt him to break his commitment—their commitment—to abstinence.
“Come up to the computer room,” she whispered. “There’s something you have to see.” And then she rose less than gracefully and stood looking down at him. “And don’t wake Ryan.”

I think they’re being heroic, not prudish. After all, they certainly think sex together would be pretty wonderful. Consider another passage that exemplifies the thinking more typical of our culture today. Here, Abby’s friend Kate tries to convince her that premarital sex is okay.

“Ryan said virginity is like a tamper-proof seal on a bottle of aspirin. It’s meant for the man you’re going to marry. And now that we know we’re getting married, what’s the point of waiting. You’ll see when you’re engaged, Abby.” Kate turned on her side away from her. “Let’s get some sleep.”
Abby lay staring up at the blinking red smoke detector light on the dark ceiling, wondering if she even really knew her roommate any more.

How sad that Kate has fallen for that line. It’s not that she lacks “street smarts.” She just forgot to run away from temptation, something that John becomes quite adept at in Unclaimed Legacy.

It would be wonderful if everyone who read my books loved them (and posted glowing reviews for them.) But as they say, you can’t please all the people all the time. However, I really listen to every comment I receive about my books, whether positive or negative. Sometimes I learn some pretty good stuff that will help me to be a better writer.

But not this time. I pray that I will remain firm in my commitment to please God rather than reviewers.

By the way, I am a prudish and happy member of a radical, extremist, and conservative denomination that still believes premarital sex is sin.

*But back to mainline denominations. Is my deaconess friend even right about their teachings on sex? Do you have experience with such churches? I sincerely would like to know their various positions on sex. Wait! that came out wrong. I mean, I would like to understand what churches are teaching about sex today. You may leave your answer in the comment section of my blog. Click here to go to the article.

History, Faith, and Fiction Woven Together
“Particularly interesting is how the past and the present are woven together to bring history to life and to make the story complete.”
--Amazon Reviewer

To that reviewer and others who said similar things, I say, “Thank you, very much. I do try to be a good weaver.”

I loved researching the "Olden Days" for my young adult trilogy. It would have been so much easier to do if I could go back in time to see what it was really like. The characters in my books find a weird computer program that lets them do just that. Abby calls it "time-surfing." It's only virtual time travel because I didn't want them to accidentally mess up the whole space-time continuum thing. But it's amazing all the same.

Some Christians might be a bit uncomfortable about this fantasy concept of time-surfing. But as Brother Greenfield says in Every Hill and Mountain, "Our God is omniscient, omnipotent, and omnipresent. Hallelujah! If he wants to give us a gift like that, he can.”

It's an amazing gift, all right. Except sometimes Abby and her friends learn more than they ever wanted to know about people from the past. Still, studying their lives of people teaches them about God's love and goodness in a new way. From the distance that only time gives, they clearly see that God has a plan for his people, that He's in the business of redemption, that He makes all things new. I hope my readers get that. Writing about it reminded me, too.

Deborah Heal, the author of the Time and Again time travel mystery series, was born not far from the setting of her book Every Hill and Mountain and grew up “just down the road” from the setting of Time and Again. Today she lives with her husband in Waterloo, Illinois, where she enjoys reading, gardening, and learning about regional history. She has three grown children, three grandchildren, and two canine buddies Digger and Scout (a.k.a. Dr. Bob). She loves to interact with her readers, who may learn more about the history behind the books at her website www.deborahheal.com and her Facebook author page.

Her books may be purchased at Amazon.com.