Why do I read (and write) critical Reviews?

“Criticism may not be agreeable, but it is necessary. It fulfills the same function as pain in the human body. It calls attention to an unhealthy state of things.”
Winston Churchill

Critical reviews, that which may be the bane of an author’s life. Seeing the work over which they may have meticulously laboured for hours, months or even years verbally ripped apart by a critic who has not a good word to say may be a hurtful and negative experience for any author, but perhaps one which few are never subject to.

Such a thing may lead some to believe that critical reviews are the singular worst thing which any writer may be confronted with- and it may be hard to believe that critical reviews have any value, let alone a useful purpose, but I am here to argue in their favour, and perhaps challenge some of the negative beliefs about them.
Visitors and followers may know that I am not exactly liberal in my awarding of star ratings for the books I read. By far the most common rating I give most books is three stars. These usually apply to books I thought were alright, but would probably not read more than once.
A few exceptional titles that I enjoyed enormously may get five, or books that I really cannot get on with dislike intensely, or have some serious issues with may get a lower rating, but generally I seem to be a middle of the road kind of girl where my opinion of Christian fiction works are concerned. 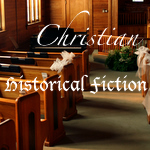 Yet I notice that with many of the titles to which I grant my three stars usually have mostly glowing five star reviews. I may stand alone, or among a minority in giving a lower rating. Am I just a stereotypically reserved Brit who sets my standards too high? Perhaps, but I really cannot gush over a book I didn't enjoy that much. I try to be honest in saying what I think of books. If I enjoyed a title moderately, but didn’t think it was the best thing since sliced bread I normally let this be known, and why. Also (and this may be a source of some contention) I see the need to comment in inaccuracies and other inconsistencies in historical fiction.
Finally, with Christian Fiction I consider it to be important to comment on any content which does not seem consistent with Orthodox mainstream Christian or Biblical  teaching, or draw attention to that  which may seem dodgy and dubious for some reason. That’s just me and hopefully goes some way towards answering the question of why I write critical reviews.

Whilst it may prove irksome for fans to find a person criticizing a work which they love, I earnestly believe critical reviews may have an important, useful and valuable purpose. Not all of them perhaps, but some. When looking up a new title Amazon is usually the starting point, and I generally tend to look at the critical reviews first, or only these, why? The reason is that these can highlight the shortcomings of a work in a way that a glowing panegyric could not. I’m not suggesting that fans of Christian fiction who give books they love high rating are being dishonest, but when  totally engrossed in the latest title by a beloved author we are all probably less likely to approach the title objectively, or notice its shortcomings.
Maybe I’m stingy, but I’m not keen on the idea of forking out money for a book I may end up disliking, so in some ways, seeing that a person has mentioned some of the things about a work which are not so good can be something which is useful and helpful to me. Especially if reviewers draw attention to the very same kind of issues I may have such as historical inaccuracy, bias, questionable spiritual content, a writing style which may not be engaging or some other deficiency.

One thing which is likely to get my back up in a work of fiction is extreme anti-English sentiment. I know we are not perfect and have done many bad things in the past, but the systematic vilification and demonization of every person who happens to hail from the region bordered by Scotland and the Atlantic Ocean or English Channel simply by virtue of their nationality or because of their governments ‘tyrannical’ or unfair policies is something I have serious issue with.   This is likely to just make me angry, so I would rather not buy a book which adopts such a perspective, and may consequently be grateful  for a review which mentions this.
One such reviewer on Amazon.co.uk spoke of the depiction of the English in the works of one well known American author of Christian fiction novels as ‘mild racism/xenophobia’. Strong words, but maybe true.
Another reviewer who gave a work by this author 2 stars said of the book:

"It also over-Christianizes and mythologizes the outcome of military battles that, in truth, were far more messy and degraded than the author lets on. For example, the claims God was behind America's victory over the British at the outset of the War of 1812. But check your history books: Every side had some degree of selfish motives, resentment and other sentiments Scripture speaks against."

Now I am not discounting the notion that God did in the past enable and allow one side to be victorious over another in warfare, but I fully understand where this reviewer is coming from, and the perspective of both of them would be useful in helping me choose not to spend money on a book that would probably just leave me angry and annoyed.
Another blogger and reviewer expressed her opinion of on the subject thus: “I won't look at a book that has only four and five star reviews unless it's an author I know and love, or the recommendation has come from a trusted source. I'm also suspect of reviewers who only ever rate five stars.”

Does this mean there's some kind of a conspiracy afoot to promote certain books and authors? Probably not, but again I can understand what this lady might be getting at.
When looking at the reviews of a series of books by one particular author (not the same one as mentioned above) I noticed that the same names seemed to crop up time and time again. It would appear that a not insignificant number of the reviews were written by the same people- a group of devoted fans, and  one or two individuals who may have been friends of the author.

Some books may be worthy of the hosts of high star ratings, but not all, and lower ones may provide a valuable alternative viewpoint from people who don’t perhaps have the affiliations or loyalty of some fans.

At the end of the day, doesn’t seeing both sides allow us to make a more informed decision over what we choose to buy and read? It may be not be pleasant to see a person lambasting our favourite book or movie, and we may strongly disagree with them, but as I am learning attacking them doesn’t do much good. Their opinion is their opinion, and they may perhaps have good reason for holding the opinion they do.
Nowadays I try to refrain from questioning sentiments expressed in  a critical review unless I believe them to be incorrect or factually inaccurate in some way. Ultimately, such reviews may be useful in helping another person make a decision on the basis of what they like and don’t like.