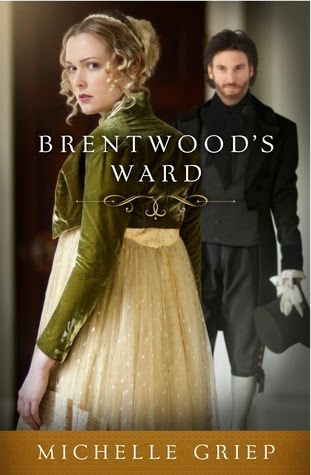 "Place an unpolished lawman named Nicholas Brentwood as guardian over a spoiled, pompous beauty named Emily Payne and what do you get? More trouble than Brentwood bargains for. She is determined to find a husband this season.

He just wants the large fee her father will pay him to help his ailing sister. After a series of dire mishaps, both their desires are thwarted, but each discovers that no matter what, God is in charge"


I’ve read everything Michelle wrote reader since I discovered her first novel Gallimore a few years ago. Her books are not my favourites, admittedly, but tend to be moderately good. Brentwood’s Ward was on the way to becoming her best work in my opinion, with action, mystery, intrigue and a brilliantly dashing hero, a supporting cast of great characters and an original storyline, Seriously are there any other Christian novels about the Bow Street Runners, the fore-runners of today’s police force? Such a book could have all the makings of a 19th century detective thriller, echoing some of the literary greats.

In other words, I was rolling along and really liking the story- until the attempted rape scene. I’m seriously beginning to think such content is becoming far too common in Christian Fiction novels- and is often unnecessary, especially if its included just to rank up the tension, or to ram home some message about how horribly women were treated in the ‘olden days’, or how all the upper classes were dissolute rakes……etc…etc.
Now I’m not denying that things like that did happen, but for the lead character to be almost raped twice, in one year- once in the garden of her home just seemed incredible.
I don’t deny that the rich and powerful may have taken advantage of the lower classes in any age, but Emily Payne was meant to be a rich socialite, are we honestly supposed to believe that men of the upper classes could just go around raping wealthy young women at balls- and absolutely nothing would have been done about it?
Seriously, I’m getting the decided impression that the past is universally being presented as some filthy, lawless quagmire- especially the non-American past- and rape as a far too common device to emphasize its supposed nastiness.

Afterwards, there was some degeneration into romantic cliché- I mean for a woman who had just been almost violently raped to be snogging in her carriage less than an hour later just does not seem like normal behavior. Those and the almost compulsory description of the stray lock of hair begging to be brushed aside- the 'rippling of muscles' underneath the heroes clothes---sigh... Honestly, how many times do you actually see than in real life...

The ending was satisfactory, and had its fair share of tension, and I will say that, all in all, this was a good story, with sounds messages woven in and not written in such a way as to seem preachy or contrived.
However, the above mentioned content issue, and a few Americanisms (which I might have overlooked generally, but some were jarring) result in the lower rating. I'm not trying to attack the author personally, the above could be seen as observations of the Christian Romance genre more generally....but it did sour the taste of what could otherwise have been an excellent book.

I received an electronic version of this novel free from Netgalley for review. I was not required to write a positive one and all opinions expressed are my own.....