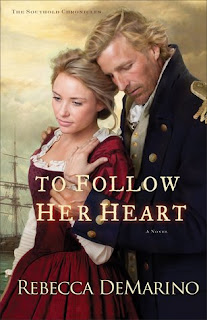 I did enjoy this story, but like a lot it wasn’t a favourite. The first half was better, with fair amount of tension and drama, after that it started getting rather repetitive and just felt drawn out with the constant angst and uncertainty over Patience and Jeremy’s courtship.

The details about everyday life were interesting on one level (and I’m a sucker for social history at the best of times), but again, after a while they did become something of a drag. This was probably due to the somewhat repetitive nature of the story. I found myself skimming a number of parts with fast Text to Speech. I was interested in some of the details about Native American customs and way of life, and some of the historical details.  Readers should be mindful that as the author’s note says, this book does not have such a solid founding in the history of the family as the others.

I liked Jeremy Horton, but I don’t think I ever warmed to Patience very much. Her faith in Jeremy was touching, and their relationship seemed genuine. Although, her attitude and behaviour at the end of the story seemed very selfish and bratty. As for the language- well it was interesting. The sea captain Harry was meant to be born and raised in London, but had one of those odd, Ham accents that all lower class British characters seem to have in books like this saying ‘Ye’ and ‘Aye’, regardless of where they are from. It sounds vaguely like something out of Yorkshire, but not really like any accent anywhere in the British Isles.

I was also unsure about the ages of the characters. The Epilogue states Barnabas’ age at death, which would mean he was in his 60s when the story was set, and so Jeremy could not have been far off that, but it seemed to be made out that he way younger. I may have that wrong though.
Despite the niggles though, this was a worthwhile read and a good ending to the trilogy which wraps up everything for the characters, and a good reimagining of the early history of the region. I personally just don’t really care that much for stories set in the Colonial Era.

I signed up for the blog tour of this book, and so received a free e-book edition for the purposes of review. I was not required to write a positive one and all opinions expressed are my own.