You Carried Me by Melissa Ohden Review 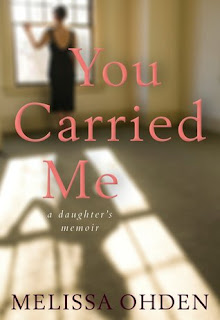 What happens when an abortion survivor finds her birth mother, who never knew her daughter was alive?

I don't often read biographies, but chose this one because it sounded so interesting. Indeed it was. The writing style might not always be according to everyone's taste, but Mrs Ohden's story is one that needs to be told.

Abortion is clearly one of the great taboos of our day: survivors who share their story should not be attacked and despised in the way Melissa has been.
Sadly, this will always happen as long as stories like hers prick the collective conscience. Especially when that involves highlighting the actions of the popular: such as the advert Melissa took part in making which revealed how Senator Barack Obama voted 'to deny basic constitutional rights to babies born alive after failed abortions' four times.

Yet her story also cannot fail to incite compassion, rather that judgement. Often, this whole subject is reduced to a simple matter of 'choice' by people on both sides of the ideological divide. In fact, many women and young girls are coerced or pressurized by those more powerful than them, including parents, or 'deceived' into thinking that 'the price of their happiness is the life of their child'. These women are also victims.
It makes you think that abortion is not simply an act of violence: it is the ultimate abuse of power over the powerless. Both women and their unborn children.

Above all, this is the story of a survivor, who not only survived, but learned to forgive, overcome and find what she most wanted in the end. It carries many important lessons to impart to the rest of us. Recommended.

Published in the UK by Monarch/Lion Hudson, from whom I requested the PDF on Netgalley. I was not required to write a positive one and all opinions expressed are my own.