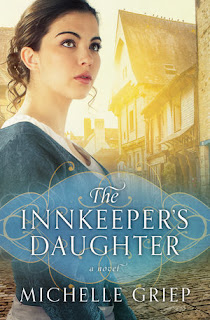 Officer Alexander Moore goes undercover as a gambling gentleman to expose a high-stakes plot against the king—and he’s a master of disguise, for Johanna Langley believes him to be quite the rogue. . .until she can no longer fight against his unrelenting charm.

All Johanna wants is to keep the family inn afloat, but when the rent and the hearth payment are due at the same time, where will she find the extra funds? If she doesn’t come up with the money, there will be nowhere to go other than the workhouse—where she’ll be separated from her ailing mother and ten-year-old brother.

Alex desperately wants to help Johanna, especially when she confides in him, but his mission—finding and bringing to justice a traitor to the crown—must come first, or they could all end up dead.

Oh my goodness, I did like this book. I almost forgot it was supposed to be in the same series as Brentwood's Ward which was published almost 3 years before. Though each title in the series can be considered a standalone title.

Anyhow, its a wonderful story with great characters, and a plot that is a lot more complicated than it seems. At the heart of the novel is Johanna Langley, an Innkeeper's daughter who is struggling to keep her family's business, burdened by debt, afloat.
Desperate to attract more customers, she is glad when Alexander 'Morton', supposedly the son of a merchant from Sheffield arrives, but actually a lawman working undercover: but not so pleased about a band of traveling musicians.

Events and people converge on the small inn, and the city of Dover with a possible smuggling operation, the dealings of a local aristocrat whose attentions Alexander seeks. He has been told something more sinister then smuggling is going on.
In the course of the narrative, loyalties, love and faith are tested, and not always certain. The trustworthiness of almost every character gets thrown into doubt at some point.

Both Johanna and Alexander have a active faith, and the religious themes and matters of faith are dealt with very well in this story, without being too preachy and overbearing. Several passages stood out including:

“Are you under the impression that what you have or have not done is what gives you worth? Because that is nothing but a vile lie. God stamps His value on everyone—on you-- by virtue of His grace.


One though, I had a problem with: in the context of this novel it was fine, but the implications need to be considered.
At one point, Johanna's mother tells Alex that it can never be right to abandon that which you love to accept that you don't for the sake of duty.
OK, that's all well and good, but what happens, say, if that applies to a man who has a wife he does not love and a mistress he does? By that standard, he should abandon his wife and family, and leave with his lover.

Still I digress. With The Innkeeper's Daughter, Michelle Griep has written a tremendous novel, full of adventure, drama, intrigue and romance, and without some of the negative content which plagued its predecessor (a totally unnecessary rape scene right in the middle of Brentwood's Ward soured the flavour of that one for me).
Which is not so say the characters are perfect, far from it, they are realistically flawed and the novel does not shy away from the darker aspects of human nature and behaviour.

There were a few of the expected Americanisms, although most of those were in the narration, rather than the speech of the characters. I did wonder about Johanna's referring to her mother as 'Mam' as I always thought that was more of a Northern English term. Still there was little to jar readers from the narrative in any of the above.

Yet there is a hopeful tone to it overall. I heard there might be another novel in this series involving Alexander's mysterious, almost ghost-like (for his tendency to appear suddenly and without warning) colleague Thatcher. Generally, I'd recommend it to all fans of Regency with a hint of mystery.