I've nearly finished the final book in my 2018 Goodreads reading challenge. 98 Books! I am so going to be setting that number lower for next year. I almost did not make it, and relied a lot on Audiobooks, I must say. Yeah, I cheated.

So I'm rounding up the year with some of my favourite reads for this year. Not all of these titles were actually released this year, as I have been wading into my Kindle backlog and I have lots of older books on my shelves. So without further ado here are some of my favourites divided by genre.

From Ancient Rome to Edwardian Britain, there have been so many great historical novels and novellas I have read this year.

Ancient Rome:  This novel is a few years old now, but well worth the read. I'm working through my Kindle backlist as this was one of the first titles of it.

Its about a young British Boy who is kidnapped following a rebellion in Britannia, and becomes a slave to a Roman Centurion.

Running away from his master, he meets a Jewish exile, and converts to Christianity, and from thereon follows a story about the growth of the Church and the challenges faced by Christians in First Century Rome.

I don't read many novels set in this period, but its starting to grow on me, alongside Biblical Fiction.

Medieval: My top book this year is a bit of a cheat, as its not actually an Inspirational Fiction, but a General Market book.

Robin Hood's Dawn of is a Robin Hood prequel that is firmly grounded in the historical background of 12th century England with plots and intrigue galore.

Although a GM title there is almost no sexual content and a very fair depiction of Medieval religious beliefs and sentiments in this novel, so it can be recommended for Inspirational readers with some caution.

Getting an extra mention is a Novella by American author Debbie Lynne Costello, which accompanies her full-length novel which was published four years ago.
The Perfect Bride is a very interesting spin on arranged marriage stories.

I'm also including two titles set during the Crusades. Road from the West is a fictionalized account of one of the leaders of the First Crusade. It was published way back in 2011, and was intended to be the first book in a Trilogy, entitled The Chronicles of Tancred but the sequels sadly never came out.

The second novel is about a group of Knights Templar who are sent on a perilous mission to retrieve and ancient Holy Relic from hostile territory.

The Holy Lance is also, technically a General Market title, but its about the Knights Templar without all the silly conspiracy theories, so gets counted in the religious Fiction genre on some retailers.

This book is actually a few years old, as it went out of print for a while, but a new edition come out earlier this year on Kindle and Kindle Unlimited.

My book for 2018 is set in 16th century Japan. The Samurai's Heart is about a young woman from a military family, who gets caught up in political intrigues.

It almost ties in a bit with the movie Silence, which is set around the same time. The story also covers the growth of Christianity among the nobility and the Samurai in Japan.

Yes, there were Christian Samurai: its really a fascinating setting and subject which is only just being discovered. So its great to see a novel about it.

The Samurai's Heart is the first in a series.

This year has been a treat for Regency readers with so many great books. Topping my favourites list are Carolyn Miller's Regency Brides: A Promise of Hope Trilogy. Each of the three books were published this year, between March and November and come well recommended for Regency fans.

Michelle Griep's novels are also becoming favourites. The Innkeeper's Daughter was actually Published in late 2017 and is the long-awaited second titles in her Bow Street runners series.

A Tale of Two Hearts came out in September. Its the second book in her Once Upon A Dickens Christmas series, which are short Victorian Christmas stories with a literary and Dickensian flavour. I just found it to be a great fun and heartwarming read and very Christmassy, despite the late summer release date.

There was also established Regency author Sarah Ladd's latest novel The Weaver's Daughter. The central storyline about the son of a mill owner and the daughter of a weaver whose families are in conflict vaguely reminded me of Elizabeth Gaskell's North and South, except that was set several decades later.
Finally, Fool Me Twice came out a couple of years ago. It was another one of the books from my backlog but an audiobook edition just recently came out.

Its a tremendously fun Regency read by a British author full of wit and humour which also features an unusual Romance plot.

Edwardian: I've only read two Edwardian novels this year. Its a relatively new genre for me, actually as I never really got caught up in the whole Downton Abbey fandom, and I read most of the popular novels in this genre a couple of years after they came out.

The two novels I read are part of the same series, the Shadows Over England Trilogy by Roseanna M. White. The Second book A Song Unheard came out in January and the third An Hour Unspent in September of this year.

All the titles in the series have elements of intrigue and an subplots involving espionage in the months before to the outbreak of the First World War.

This is not a genre I tend to read a lot of, but the two titles by Janalyn Voigt are ones I've been wanting to read for years, and I'm glad I did. Voigt creates a vivid and memorable Medieval Fantasy world, with some great storylines. Dawnsinger and Wayfarer are the first and second titles in a fantasy series called Tales of Faeraven

Duty by Rachel Rossano also came out a few years ago and way yet another title from my Kindle backlog. Rossano is an Indy author of several titles who has been writing since her teens.

Her novel Duty not really Fantasy in the traditional sense, because it does not involve mythical creatures, magic or people with special powers, its only counted as such because its set in an invented country in which God is called by a different name. More like Historical Fantasy really, and the first in a series entitled the Novels of Rhynan.

The Edict is the first novel in a series by British author P. J. Keyworth (the same author who wrote one of my Regency novels, above), and some loose parallels with the Biblical book of Esther.

As its Fantasy, so there are elves in it. And two different races of humans with their own cultures and customs.

My final Fantasy title is the only one that was actually released this year (yay). In fact, it only came out a couple of months ago. I've never read anything by Morgan L. Busse before, and honestly I did not know what the first title in her new fantasy trilogy would be like. But I was caught by the synopsis and the premise.
Mark of the Raven turned out to be better than I thought, and providing an interesting beginning to a series.

One of my favourite sub-genres, although I have not read many Crime novels in the Inspy genre this year.

Prince Edward's Warrant is the latest novel in the ongoing Medieval Mystery series The Chronicles of Hugh de Singleton.

All are set in the late 14th century in or around Oxfordshire, although the latest book was set in London, in a Medieval palace belonging to the son of Edward III of England.
Each story features a trained surgeon who solves crimes, and usually performs a surgery or two or prescribes some herbal remedies.
I like the series for the details about Medieval life, and Medicine more even than the mysteries and look forward the latest installment which comes out each year in August or September.

Death at Thorburn Hall actually came out late 2017 and is the sixth installment in a mystery series set in 1930s England. Its taken me over a year to get around to reading the book on Netgalley. The Drew Fathering Mysteries series features a nobleman and his American girlfriend (later wife), who seem to be followed by crime everywhere they go. Something of the typical Agatha Christie formula, but still enjoyable for lovers of historical mysteries.

I get through a lot of books entirely or mostly in audiobook form, as I often get the Audible versions of Netgalley titles. 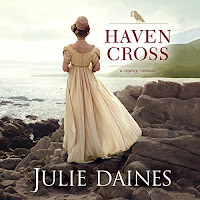 Havencross  is a Regency Romance set in Cornwall which I requested earlier in in the year, but forgot to download from Netgalley, so I later got the audiobook. I don't usually request stuff from the Mormon Publisher Covenant Communications, but it was very enjoyable book with some interesting references to the King Arthur legends.

I also listened to Andrew Klavan's Mindwar Trilogy on audiobooks this year. Klavan is a well known novelist and screenwriter and the Young Adult trilogy was published a couple of years ago by Thomas Nelson.

Its based on the interesting premise of an international terrorist group committing criminal acts through the use of Virtual Reality technology, and a government agency who recruit a teenage former athlete and video games fan to thwart them. 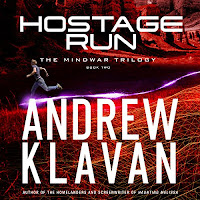 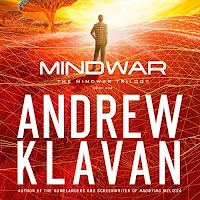 My other two audiobooks of the year are the final two titles in Tamara Leigh's Age of Faith Series, set in 12th century England and France. The Awakening was the seventh book which came out in January and the eighth and final book The Raveling came out in July.
I have all the books on Kindle, but have listened to most of them on Audio first. Although now I've discovered the wonder of immersion reading on Kindle, I can read and listen at the same time. I can see me doing a lot more of that next year. 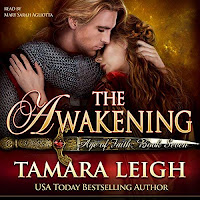 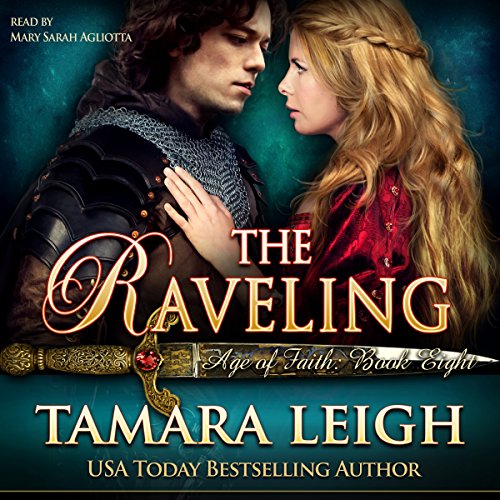