Knights of the Brethren Books 3-4 by Jody Hedlund: Reviewed 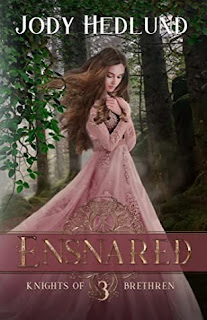 A poor maidservant struggling to survive, a brave knight who secretly loves her, and a chalice that has the power to unite them.

Nursemaid to the Earl of Likness’s two young daughters, Mikaela despises the earl for his cruelty to his subjects, and she longs for the day when she can make a difference in the lives of her suffering friends and family.

As one of the Knights of Brethren, Gunnar is on a mission to find the sacred chalice for the queen, convinced it’s the cure for her deadly bleeding disease. His quest takes him home, and he soon learns his brother, the earl, may know more about the chalice than he lets on.

As Gunnar reunites with Mikaela, the maiden he’s always loved, he tries to keep his feelings for her a secret, desperate to protect her from his brother. But as they venture into the perilous Hardanger Forest and battle to survive, will Gunnar realize her love is worth fighting for?

I actually really liked this, and I think these stories are coming into their own as fairytales now. The worldbuilding might be getting stronger, and stands out on its own.

I liked the character and the story in this one, Sir Gunnar might be one of my favourite knights of Brethren yet. Mikaela was mostly alright, but there were a couple of things about her which annoyed. me.
One thing was that she was continually going on about being a "strong, independent woman". Don't get me wrong, I don't have any issue with the concept of a strong woman, per se, but a character should not have constantly tell you she's a "strong woman". She literally says it to another character at one point and sorry... that's just almost painful. What happened to "show, don't tell"?

There's also a scene were she says she knows another character is a "strong and independent" woman the first time she sees her. What so you can tell that just by her face...?

Mikeala's status was also kind of odd. In one of the early chapters, narrated from her perspective, she says she's some kind of peasant/bond servant, but not a slave. Later on though, Gunnar and others call her a slave. They just suddenly decided she was one, and has to "purchase" her freedom. What changed, and do they understand what slavery entails?

Overall I'd recommend for all lovers of Fairytale Retellings and YA Type stories. I'll certainly be reading the rest of the novels in this series. 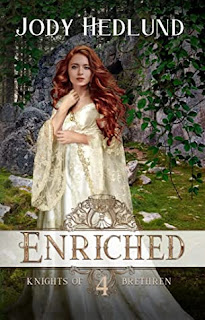 A wealthy noblewoman with a heart of gold, a wounded knight closed off to love, and the sacrifices for a chalice that can bring healing.

Lady Karina lives in a convent and expects to become a nun someday. When her wealthy father asks her to help his textile business become more successful by marrying one of the popular Knights of Brethren, Karina complies, ever the dutiful daughter.

During a royal quest to find the sacred chalice, Torvald is called home to save his family’s estate through an arranged marriage to a wealthy maiden. Although willing to do his duty, he’s vowed never to give his heart to anyone after watching his father suffer heartbreak over a woman.

As Torvald weds the kind and lovely Karina, he resists the pull of attraction to his bride. Even though Karina feels the sting of Torvald’s rejection, she chooses to love him unconditionally. As he resumes his search for the chalice and puts his life in jeopardy, Karina makes the ultimate sacrifice for him. Will he have the chance to love her in return before it’s too late?

The real story of the Holy Grail continues . . .

I did enjoy this book, and I think it might be Jody Hedlund's best series yet. I quickly managed to get over my initial issues about moving the Arthurian Legends from my country (I'm British) to a fantasy Scandinavian setting.
What I enjoyed most was probably Thorvald (I want to call him Thorvald), and his character development. I also liked the interpretation of the Holy Grail and how it was worked into the story.

However... I think I liked the last book Ensnared more. The worldbuilding and characterization seemed stronger in that one. Karina seems oddly familar somehow, a lot like some of Mrs Hedlund's previous characters.
I was a bit annoyed by a couple of inexpicable mistakes and inconsistencies too. Eating with forks in a Medieval setting is one of my pet peeves, since table forks weren't a thing then. This mistake hasn't ever been present in any of this author's other works (that I can remember) so I'm not sure how it got into this one.

That's only a minor thing which didn't really detract from the story though. I would certainly recommend this to any lover of Fairytale or Legend retellings and I will be reading the rest of the books in this series.

Disclosure of Material Connection: I recieved a copy of this title as a member of the Review Crew. This did not influence my opinions which are entirely my own.