Knights of the Brethren Series Books 1-2 by Jody Hedlund: Review 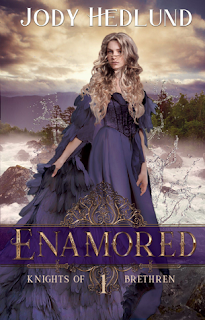 A princess in need of a husband, a young Sage who cannot have her, and a web of deceit that threatens their love.

Having been raised by her childless aunt and uncle, the king and queen, Princess Elinor finds herself the only heir to the throne of Norvegia. As she comes of age, she must choose a husband to rule beside her, but she struggles to make her selection from among a dozen noblemen during a weeklong courtship.

With aspirations to become the wisest man in the land, Maxim is summoned home by his father Rasmus, a Royal Sage. Reunited with Elinor, once his closest friend, Maxim is quickly enamored with her even though he can never be considered a prospect for her husband.

Elinor’s feelings for Maxim are rekindled too . . . until she learns he has been unwillingly drawn into Rasmus’s scheme to take control of the throne. With the kingdom under attack both from within and without, can Elinor and Maxim overcome the deceit spinning around them? Or will it destroy their love once and for all?

The real story of Excalibur

I confess, I wasn't sure what to make of Jody Hedlund's latest Medieval Fantasy Romance. I'm not sure I was entirely comfortable with the idea of my country's greatest Legends being picked up and dropped in what is basically just a barely disguised fantasy version of Scandinavia which might be recognizable to fans of How to Train Your Dragon.

AFAIK, The Arthurian Legends, unlike Robin Hood, aren't some universal stories that can be translated to any culture or country... they're British (even many of the names are Welsh) were born The British Isles, in these Isles they should remain. They are not a Viking Saga.
Forgive me for being possessive, LOL.

In the end, I didn't find there was really too much in the way of Arthurian Legends here, or maybe I just didn't notice it? I think Maxim is meant to be vaguely based on Merlin, but its more the young and attractive BBC version of Merlin than the old man if that's the case.

This book did do something though that light romantic fantasy hasn't done for a while with me, and that's get me thoroughly immersed, and I did rather like it. Hence the rating. I loved Maxim as a character. His quirks and inner turmoil, and what's all this stuff about Royal Sages?
The inclusion of dragons in the novel could have cheapened it, but it was done well, even if the references to them bonding with people seemed vaguely akin a certain animated movie franchise aforementioned.

There were only a couple of parts I found less than impressive. One of them was the Sword of the Magi (c'mon it’s meant to be Excalibur...) loosing itself from a - cedar case for the One True King.
I know. A cedar case. Can we just have a stone please? A rock? At very, very least some kind of Reliquary? It just sounds so unimpressive as though the sword was a Clarinet or violin or something. Is the one true King meant to whip it out and play a solo?

Second, Elinor. I kind of didn't mind her at first, but the way she starts acting towards the end was inexplicable and felt really, really forced.
Also, this has to be said, the whole choosing a husband on the day of her 18th birthday before she can assume the status as heir to the throne, and "Oh yes let's have a contest/test so you can pick the best one!" seems really familiar somehow.

An Uncertain Choice, anyone? Please don't be a clone of Lady Rosemarie, Elinor. Please don't. This is a whole new story in a whole new world, you don't have to be her....

So yeah, where was I? I hope you can forgive this review is on the long side. This was a nice clean Medieval Fantasy Romance, and the series does have promise. I will read the next one, I just really really hope it doesn't fall into to trap of recycling storylines and rehashing characters from the author's previous work. Especially when you've got the vast wealth of storytelling fodder that is the Arthurian Legends to work with 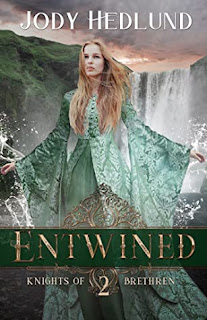 A princess cursed from birth, a loyal knight worthy of being king, and a sword that can determine their destiny.

After growing up on a remote farm, Lis learns she is the rightful heir to the throne of Norvegia. Even as she does her part to thwart a dangerous plot against the king, she resists pursuing her new identity and resigns herself to a simple life helping her elderly father with their farm.

With the king losing his mind, Sir Ansgar, the highest knight in the land, is desperate to save the sovereign he’s sworn to protect. But before Ansgar can uncover what is causing the king’s demise, he finds himself falsely accused of treason and dismissed from court.

In danger of losing his life, Ansgar takes refuge on Lis’s farm. Love soon blossoms between Ansgar and Lis, even as they realize a future together is impossible. Yet they must unite to save the kingdom from ever-growing forces of evil. Are their destinies entwined? Or will they be ripped apart forever?

The real story of Excalibur continues . . .

Really a 3.5 Star read. I enjoyed this book, in fact I think I liked it more than the last one and I am starting to get into the world the author has created. There were a few things which irked me though: some loose ends were simply ignored. [Lis and Ansgar's perfectly reasonable objections to marriage just totally evaporated without the situation being resolved. which seemed contrived just to guarantee a happy ending. (hide spoiler)]

There were also some tropes which kind of got on my nerves as well, or just came over as unrealistic, but aside from that I did like this as vaguely fairytale-like adventure story with dragons. A couple of parts kind of reminded me of Dragonheart, which is one of my guilty pleasures, although I think some of the lore involving dragons might have been borrowed from Game of Thrones/HTTYD as well.

Would recommend for YA readers, and adults who enjoy fairytale or fairytale style romances and retellings and light fantasy