A Conversation with Melanie Dickerson- On her Books, research andHistory 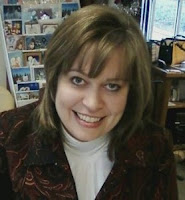 I recently befriended Melanie Dickerson, author of 'The Healer's Apprentice' and 'The Merchant's Daughter' on Goodreads.com and we had a rewarding and very interesting conversation on the subject of historical research and misconceptions in relation to her books.


Me: "Hi your book is the next novel I plan to read and I noticed your author's note on Historical research... and your reference to 'Life in a Medieval Village' by Joseph and Frances Gies' .

I am a student of Medieval History....  as a future Medievalist, I have a 'thing' about research and contemporary sources, so love it when novelists list their sources. When I have read the same sources myself I don't feel such a Crazy History Freak after all"


Melanie Dickerson: "I think it's really great that you love the Medieval era too! It was such an interesting time. And I hope you will enjoy my book. I did my best to keep it as accurate as possible, historically, but I don't really consider myself a historian. I'm mostly a storyteller! But I do love Medieval times and Europe and hope I was mostly accurate. :-) The Gies book was really helpful to me, to help me get a feel for village life and to try and write an accurate account of the village justice system. I hope you enjoy my book"


Me: "Hey that's fine I understand 'Artistic Licence' and really I am too pedantic for my own good anyway.
I like a good story, the only thing that is likely to annoy me in a novel or tv movie is the imposition of Modern standards and values onto another age and the assumption that our values and attitudes are 'better' than those of people who came before.

I am very much looking forward to reading both books, and did not even realise your one was set in England until after I bought it which was a nice surprise"


Melanie Dickerson: "Yeah, I know what you mean. I've been annoyed by that myself when reading historical novels! I try not to let my heroines--and heroes--be too modern in their thinking, but I know I am guilty to a certain extent. I don't realize just how much our attitudes have changed until I watch a really old movie or tv show. Sometimes it's very startling!"

Me: "Nobody can be totally objective all the time and I suppose when in comes to Universal standards of right and wrong they can apply to any age.

One thing that I find rather amusing is when people say that Medieval aristocrats were lazy, pampered or didn't do any work. I suppose acting as a warrior elite, fighting almost incessantly and trying to govern a country doesn't count as proper 'work' then.

You are right about attitudes changing it amazes me how much they have sometimes done so in such a short space of time."


Melanie Dickerson: "People have really strange ideas about Medieval people, mostly picked up from movies. They seem to think all men were cruel and disrespectful to women, beat their wives, and that people went around with dirt on their faces, stinking and dirty all the time. I like to shock people by saying that Medieval people took baths as a social activity, and that they actually had detailed etiquette rules, and even had toothbrushes, of a sort. "

Me: "You are totally right about Medieval manners I have heard they even had Guidebooks on etiquette.

Social history interests me too, and there do seem to be a lot of misconceptions regarding marriage. For instance lot of people think that only women were subject to arranged marriages but men and often boys were too."


Melanie Dickerson: "I think I read that the toothbrushes were made with boar's hair, and they also were told in one etiquette book a certain kind of tree that they should use the branches of to chew on so their breath would smell sweet. :-)"

Me: "Thanks for the thing about toothbrushes I will now research that. It is good to see people going some way towards refuting some of the popular myths and misinformation about the Middle Ages, and yes it is strange some of the beliefs and associations people have." 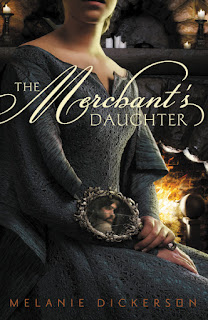 Melanie Dickerson: "As to misconceptions, I think people also assume that Medieval people were just plain dumb. In The Merchant's Daughter, I have the coroner asking questions of the villagers after a man is almost killed under suspicious circumstances, and some reviewer on Amazon criticized me for it and said that I was trying to transplant a modern police procedural show (and they named one, but I never watch any of those shows and don't remember which one) into Medieval times. And my thought was, Do you think Medieval people were too stupid to ask questions? Give me a break."


Me: "I know what you mean people just some people just seem to think Medieval people 'Couldn't have done that' I might ask 'Why Not?  I think ... anything seemingly too complex or sophisticated in the Middle Ages seems to make people suspicious.

I remember seeing one review of Merchant's Daughter here on Goodreads saying the book was inaccurate because a 17-year-old woman would not have been unmarried, and certainly would not have been literate in the 14th century, and raised objection to her being Middle Class .I put them right on all three... it's just sort of my way when people present generalisations or misconceptions as fact."


Melanie Dickerson: "Yeah, I've had some criticism about my Medieval girl knowing how to read. It makes me mad when someone says there was not way a girl could have known how to read back then. I know it was rare, but certainly not impossible. I have stopped reading my reviews, though. Anyone who's ever watched a Medieval movie thinks they're an expert on Medieval times.
I feel the same way you do about believing that Medieval people were much more sophisticated than modern people realize. I mean, just look at the amazing cathedrals that were built in the middle ages! They are far more impressive than modern buildings, and they're still standing! People are far too quick to generalize."


Me "...What I also find fascinating is his (fictional character Brother Cadfael from a TV series who came into the conversation) use of Herbalism. A lot of people seem to think that was forbidden in the Middle Ages as some form of 'witchcraft' - but then why are there books on it written by monks and clergymen?

As to the reading I think it might have been a little more common than we think and that a lot of people likely knew how to read but didn't do it very often. To me it makes practical sense to assume that people in certain professions (male or female) in which they had to deal with facts and figures must have been able to read for the sake of necessity... Probably some families might not have liked the idea of girls learning to read or being educated, but I'm sure other parents would have been OK with it and there does not seem to have been any prohibition on female literacy." 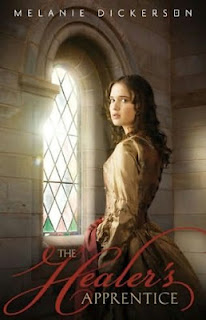 Melanie Dickerson : "I got some criticism about my first book (The Healer's Apprentice pictured right)  where some reviewer (no wonder I stopped reading reviews) said my characters, who were using herbs to treat people's sicknesses and injuries, would have been persecuted as witches, or something like that.
I do try to stay accurate with my depiction of God and religion in Medieval times, but I have to say, I am a Christian and that naturally infiltrates my stories. I'm not Catholic, but I do try to stay true to how my Catholic characters would feel and think, and I was especially mindful of this in The Merchant's Daughter. But I've been accused of being anti-Catholic in that book, while others have said it wasn't anti-Catholic at all. Everybody sees my book in their own skewed way, I've learned. :-) But I don't mean to disrespect anyone's beliefs, or their unbelief either, actually. I'm just trying to write the best, most accurate stories I can while staying true to myself. "


Me: "I fully understand that when writing about the Middle Ages you will encounter Catholicism (unless your characters are Byzantines) but as a non-Catholic Christian it does raise issues. I know it does for me. Some people I think are a little over sensitive on such things.
I remember being attacked vehemently by one person recently for daring to suggest that some aspects of Catholic teaching and doctrine might not totally line up with scripture.
What was most surprising was that this person themself was not even a Catholic. I think with people like that any criticism of an ideology or belief system is seen as being 'anti'.

Great to have a person who 'knows their stuff' to talk to."


Melanie Dickerson: "My most vicious reviews have been from people who were outraged at the Christian content in my books.
That is interesting that the person who attacked you for saying some Catholic beliefs don't line up with Scripture was not even a Catholic! That has been my experience too. The people who insist my book is "anti-Catholic" also insist that they are not Catholic.
Well, you can't please all the people all the time, and you can't please some people at all! :-) "

Me: "I do think that such people really ought to take the trouble to find out whether authors are Christian or not before they read a book if they are uncomfortable with the religious content.

Certainly there are some people you can't please....People are strange"


Melanie Dickerson: "Yes, people are strange!
Thanks for talking with me, Anna, and letting me "vent" just a bit. It was fun swapping stories with you! Maybe we can keep in touch.
May God bless you in your historical journey, and in your spiritual journey!

Me: "Yes I have enjoyed it too and thanks for being patient enough to put up with my rants and general pedantry.


Both of Melanie's novels 'The Healer's Apprentice' and the 'The Merchant's Daughter' are available on Amazon (including Amazon UK)  in paperback and Kindle editions  and from other retailers. Her third novel, 'The Fairest Beauty' based on the story of Snow White is due for release in December. For more information on Melanie and her books click the links to Amazon on this page, or visit her website here.