I'm hosting here a cover reveal, at the request of the author L.K.Hill  for the soon to be released book, Desolate Mantle second in her Crime Thriller series Street Games. 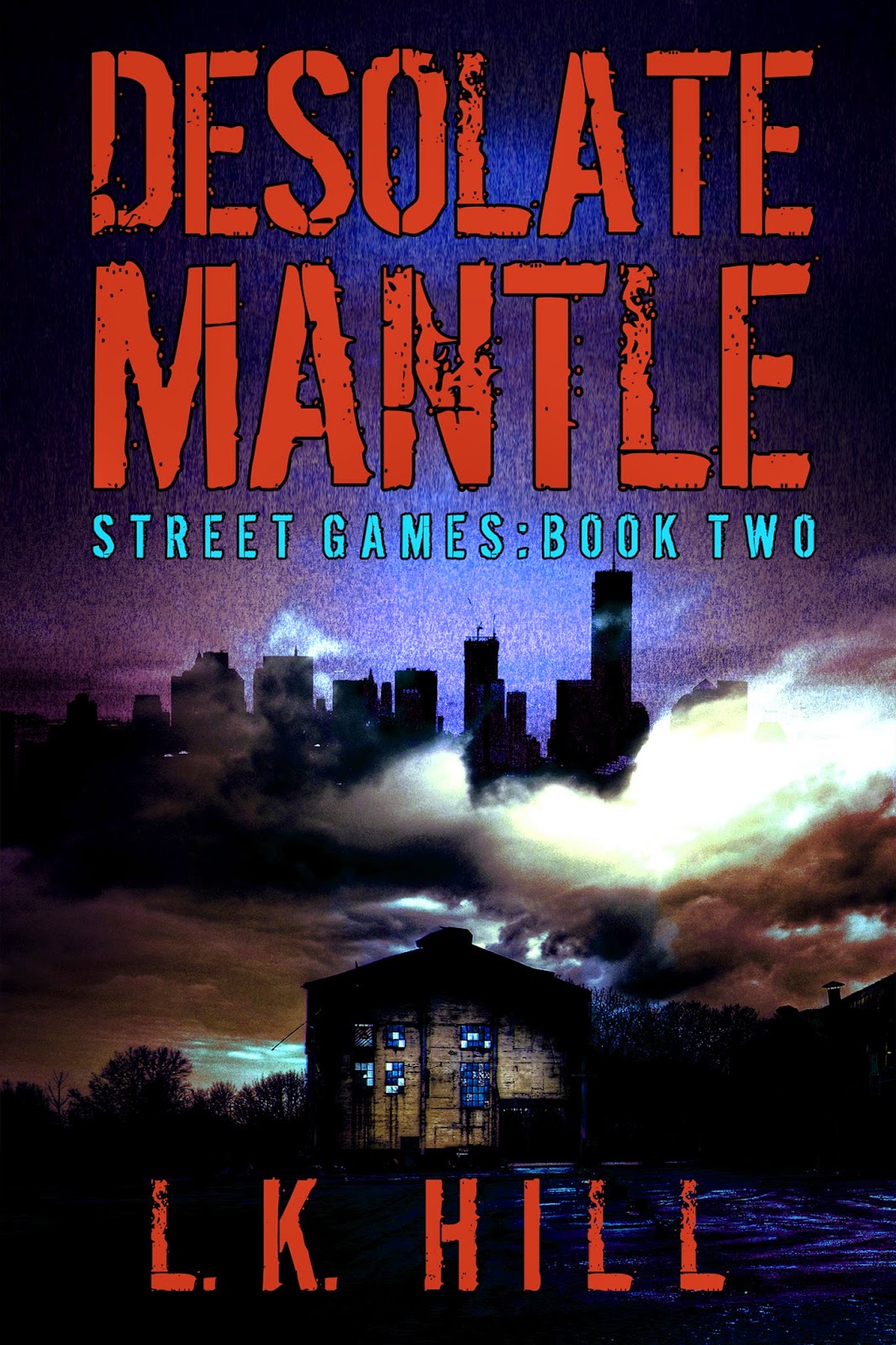 In the most dangerous city in the country, one controlled by the sadistic Sons of Ares gang, Kyra Roberts recently crossed paths with detective Gabe Nichols. She dismissed any liaison with him as impossible, but telling him the truth may prove inevitable...


Walking the Slip Mire nightly, dressed in her disguise and trying to infiltrate a homicidal gang, Kyra sees plenty of things she can’t explain. When she begins to suspect a serial killer might be at work, she decides to approach Gabe again.

Gabe has plenty to keep him busy: a bizarre missing persons case, a new development in his brother’s cold case, a new neighbor, and the grisly murders that are a nightly ritual in the Slip Mire. When Kyra shows up unexpectedly, he jumps at the chance keep her around, but it’s harder than he bargained for. She’s not an average source any more than she’s an average Mireling. Gabe wishes she would be sensible about her own safety.


Their partnership crumbles, but when things become even darker than usual in the Slip Mire, they’ll need one another get survive a hellish situation. If they can’t work together to shoulder their burdens, they’ll find themselves utterly alone. In Abstreuse, it’s not a matter of not coming out of the darkness, but of being absorbed by the darkness itself…

The book can be viewed on Goodreads at this link:

Bio and picture from Goodreads.com:
L.K. Hill is a novelist who writes across three genres. Her crime and historical fiction are written under her initials, L.K., while her scifi/fantasy and dystopian are written under her full name, Liesel K. Hill. She lives in northern Utah and comes from a large, tight-knit family. She plans to keep writing until they nail her coffin shut. Or the Second Coming happens. You know, whichever happens first.