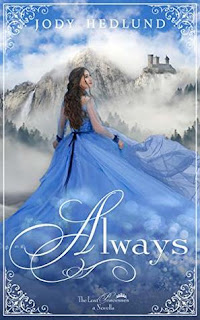 A fierce elite guard. A loyal lady in waiting. They must work together to save three princesses from certain death.

On the verge of dying after giving birth to twins, the queen of Mercia pleads with Lady Felicia to save her infant daughters. With the castle overrun by King Ethelwulf’s invading army, Lady Felicia vows to do whatever she can to take the newborn princesses and their three-year old sister to safety, even though it means sacrificing everything she holds dear.

Gravely wounded in battle  the king of Mercia tasks Lance, one of his fiercest elite guards, to protect his family along with keys to an ancient treasure. As Lance makes plans to sneak the princesses out of the capital city, he doesn’t need or want Lady Felicia’s help.

With the dark enemy in pursuit, Lance and Felicia must put aside their differences to outrun King Ethelwulf and prevent him from killing the princesses. In a desperate attempt to hide the young girls, Lance and Felicia agree to a marriage of convenience, a decision that will change their lives—and hearts—forever.

I decided to borrow this since I have a month left on my Kindle Unlimited subscription, and I decided to see what all the fuss was about.
This series, I would say are set up as more Fantasy than the last series which some people seemed to think were actual Historical Fiction. I've always maintained the previous series were Fantasy as well, but I digress.

Always was a fun beginning to a new series, and an interesting self-contained adventure which would appeal to younger readers. It sets up a lot of the background for the stories, but has its own story-line and sympathetic characters, as well as romance and a faith message.

Its clean and sweet, but adult readers really do need to be prepared to suspend their disbelief in several places. A couple of common fantasy tropes in this story did have me saying 'Oh come on!' including throwing a sword. Swords are not projectile weapons people. They're not aerodynamic, and won't just go flying straight through air or spinning impressively like you see in movies.
There's also a character wearing a 'chain mail cape'. I had to do a double take at that. A cape made of chain mail. Really? And the point in such a garment would be what? Except being a cumbersome nuisance?

The thing that I have to say irked me most about this novel though there the number of references to American animals. I recall mention of mink, grizzly bear, raccoons and coyotes.
OK, so I said this is fantasy, but really if you're going to write a novel set even in a fantasy land that's meant to be loosely based on Medieval Britain (even called Britannia, I mean its obvious) can you please do some research on European animals? Otherwise what's the point of the Medieval setting?

So overall, I kind of enjoyed this book. It looks to be a solid start to the new trilogy and the concept looks promising. I just hope its a little more authentic and a bit less silly.