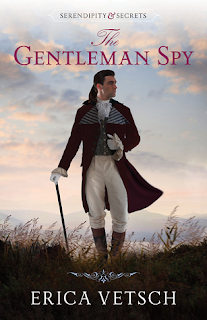 When his father and older brother suddenly pass away, the new Duke of Haverly is saddled with a title he never expected to bear. To thwart the plans of his scheming family, the duke impulsively marries a wallflower. After all, she's meek and mild; it should be easy to sequester her in the country and get on with his life―as a secret agent for the Crown.

But his bride has other ideas. She's determined to take her place not only as his duchess but as his wife. As a duchess, she can use her position to help the lowest of society―the women forced into prostitution because they have no skills or hope. Her endeavors are not met favorably in society, nor by her husband who wishes she'd remain in the background as he ordered.

Can the duke succeed in relegating her to the sidelines of his life? When his secrets are threatened with exposure, will his new wife be an asset or a liability?

I've read both books in this series in quick succession, since they were published within months of each other. Overall, I have enjoyed both books in this unusual regency series, which is the first from this author (she has written short Regency stories in collections before).

The elements of espionage and political intrigue add a lot to the story, and Marcus. Sigh. Marcus is just dreamy. He was an excellent character in the last book, and even moreso here. Darkly handsome, chivalrous, protective, but also smart and sharp.
The quips and banter between him and Charlotte here at times hilarious, and I love how they came together over a mutual love of books.

I liked Charlotte at first because of this. Being a devoted bookworm and nerd myself. I'd be called a 'bluestocking' in Regency times, for my love of history books and reading ancient poems over popular fiction. Set me loose in a bookstore and you could lose me for hours.

However, I had a few issues with this novel (which also relate to the previous one). One of this was the continually negative depiction of men. All the male characters except the heroes, and few of their associates are either lechers or abusers, or both.
Now don't get me wrong, I think we do need to address the subject of abuse of women in novels, but I think the issue here is that it's very one-sided. Making out that only men are abusers and only women are their victims.

In real life, this isn't the case. Women can and do abuse men, other women and children. Women can be extremely controlling, but this isn't really depicted in this novel. All the women are helpless victims of evil men or innocent angels.

Also, I stopped a few Americanisms and modern terms which really stood including a character referring to children as 'kids'. To a 19th century British person a 'kid' meant a baby goat. It wasn't a word for children until the 20th century.

There were also a couple of details which did not ring true for the time period. Such as Macus having a gym in his attic, and working out in it. The characters also refer to 'sitting in Lords'.
I assume this refers to sitting in the House of Lords, but that is not an abbreviation I've ever encountered before. British people don't say that. We'd say 'in the Lords' or 'The House of Lords'.

I'd certainly read more by this author, and look forward to the 3rd and final book in this series, though I'm glad there's a bit of a gap between the release dates. I did like this book, but I would not count it as a favourite, but will recommend it for fans of Regency Romance.

Thanks to Audra Jennings and Kregel for providing me with an ebook version of this title. I was not required to write a positive review and all opinions expressed are my own.