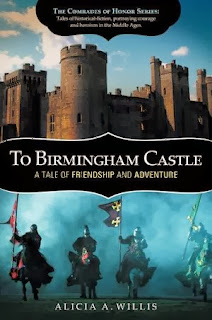 Altogether, To Birmingham Castle is generally a satisfying ‘old style’ adventure tale, with a sound (and not theologically dubious) Christian theme. I think I was genuinely able to engage with it in parts. I could I think have given a higher rating had the writing style been different, especially considering the book was pushing 460 pages.
I would be interested in reading the second book in the series and might be interesting to see how the character of Nathanial the page of Sir Robert who seemed to do little but cry in this book, develops.