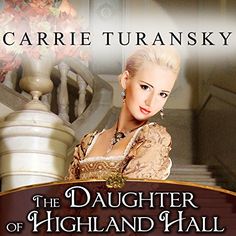 Eighteen-year-old Katherine Ramsey travels to London with her family to make her debut into society and hopefully find her future husband. Her overbearing aunt insists that she must secure a proposal from a wealthy young man who is in line to inherit his father's title and estate. But Katherine questions her aunt's plans when she gets to know Jonathan Foster, a handsome medical student and strong Christian who is determined to protect the poor and vulnerable in London's East End.

When a family scandal puts a damper on Katherine's hopes for the season, she has time to volunteer with Jonathan, caring for children in one of London's poorest areas, and romance blossoms. Katherine's faith grows, and she begins to envision a different future with Jonathan. But when Katherine's work in the East End puts her in danger, Jonathan distances himself from Katherine to protect her. A wealthy suitor reappears, and Katherine must choose which path to follow.

I really did not enjoy this book as much as the prequel 'The Governess of Highland Hall'. That's not to say it was awful. It was readable, and interesting to see Katherine's character develop, and there were some good subplots with minor characters, and period details. However, I had a number of problems that result in the lower rating.

For one, I noticed a few Americanisms. One character talks about 'fall', when the correct Britishism would be Autumn, and two or three times they talk about 'pulling back the drapes'- when a British persion would say 'pulling back the curtains'. Most of the Americanisms were in the narration, as before, but I felt that more come out in the character's speech this time, and they are not correct for the setting.

My other problem with with some of the religious content. Don't get me wrong, I have absolutely no objection whatsoever to Christian content or a Gospel message in a book from a Christian publisher. It goes with the territory for goodness sake, but I don't think it was well-delivered in this book- it came across as preachy and heavy-handed.

Finally, the attitude towards marriage and social expecations on the part of some of the characters really got on my nerves. I don't get on with stories in which families are vilified for arranging marriages for thier children, or partners in arranged marriages are vilified simply because it is arranged. I saw some of that here.
In one passage for instance Katherine learns that a friend is engaged to an unpleasant individual who had leered at her at some social engagement or another, and she's like. 'Oh wouldn't it be so awful to be married to someone you don't love just to please your family'! Its just a trite, silly cliche.
It does not end there however. Even though Katherine goes to London for the season in the hope of finding a partner, its fairly obvious who she's going to end up with from the outset. When she starts preaching to her aunt about how she does not want to marry for money or status but for love and a 'meaningful relationship with God'. Well, it was just painful- even worse when the book basically ends by reminding the reader. 'Isn't that so much better then having lands, wealth and a title'?

I also have concerns about the sort of messages that are being conveyed in books like this.
Throughout the story Katherine's aunt is set up as a bad or negative character for 'controlling her life' because she wants her to find a suitable husband amongst the aristocracy. I could not help thinking that she was being vilified unfairly, when she clearly spelled out her reasons. She promised Katherine's mother (her sister) that she would ensure Katherine married well. So what's the crime in that?

One more prominent example comes at the end of the book, when Katherine encourages a fomer suitor to marry the girl he likes, even though his parents would never accept her, as they consider her unsuitable and would cut off his income.
So basically she thinks he should go against his parent's wishes and turn his back on his inheritance to follow his heart. Yeah, all very romantic, but I am reminded of those passages in the Bible that talk about obeying and honouring parents.

I think that too many of these Romance books over-emphasize individualism and 'following the heart', which is presented as following God's will, whilst shunning the advice and wishes of parents or authority figures. I don't think that's always a good thing.