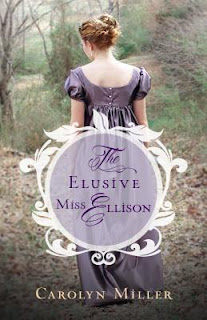 Hampton Hall's new owner has the villagers of St. Hampton Heath all aflutter--all except Lavinia Ellison. The reverend's daughter cares for those who are poor and sick, and the seventh Earl of Hawkesbury definitely does not meet that criteria. His refusal to take his responsibilities seriously, or even darken the door of the church, leave her convinced he is as arrogant and reckless as his brother--his brother who stole the most important person in Lavinia's world.

Nicholas Stamford is shadowed by guilt: his own, his brother's, the legacy of war. A perfunctory visit to this dreary part of Gloucestershire wasn't supposed to engage his heart, or his mind. Challenged by Miss Ellison's fascinating blend of Bluestocking opinions, hoydenish behavior, and angelic voice, he finds the impossible becoming possible--he begins to care. But Lavinia's aloof manner, society's opposition and his ancestral obligations prove most frustrating, until scandal forces them to get along.

Can Lavinia and Nicholas look beyond painful pasts and present prejudice to see their future? And what will happen when Lavinia learns a family secret that alters everything she's ever known?

I’d been wanting to read this book ever since I first saw it advertised. I don’t read every new Regency, but the Australian author and comparisons with Georgette Heyer attracted me, as well as the great reviews of course. I’m happy I got the chance to do so, as The Elusive Miss Ellison is going to be one of my favourite books for this year.

Christian Regencies can be something of a mixed bag, some are over melodramatic and try to fit in too much political intrigue, others just don’t ring true, but this story had everything a good Regency should. I tend to say that when I pick a Regency, or any British Fiction, I don’t want it to read like it’s too American (unless in involves American characters or a move from one country to another), with lots of American idioms or ideas. Apart from a couple of places, there was no such problem with this novel.

The characters were lovely, and wonderfully developed. Vicar’s daughter Miss Lavinia Ellison was strong, intelligent and independent, and harboured genuine love for the poor, although her compassion could be taken to extremes making her stubborn, and at times, rash. Earl Nicholas was the handsome hero, burdened with the mistakes of his past, and the actions of his family. Lavinia considered him arrogant, self-centred and shallow, and blamed him for a tragedy in her past, and whilst fascinated by her, Nicholas considered her rude and domineering.

Polite society and circumstance bought together these two disparate personalities who would rather avoid one another, and wonderful witty exchanges ensued, reminiscent of much loved scenes from nineteenth century literature, and its more recent counterparts.  However, over time, the characters began to challenge and change one another. As secrets are uncovered, the characters must make choices to determine their future and expiate for past mistakes, but the dictates of society and family are determined to keep them apart.
For a hate to love story, this was incredibly well done, not clichéd, mushy or silly, but depicted the developing relationship and feelings in a realistic way. Another point that other reviewers have made is that the author is not afraid to incorporate her faith into the story, with a salvation message. I think the setting allowed for that well, and it didn’t come over as too ‘preachy’.

Overall, The Elusive Miss Ellison was a wonderful story, recommended for lovers of Regency Romance, but also good stories in the style of Austen and the Bronte sisters. I now rank Carolyn Miller amongst my favourite regency authors Julie Klassen, Sarah Ladd, and the British Philippa Jane Keyworth.

I signed up the Blog Tour of this book, and was sent review copy. I was not required to write a positive one and all opinions expressed are my own.