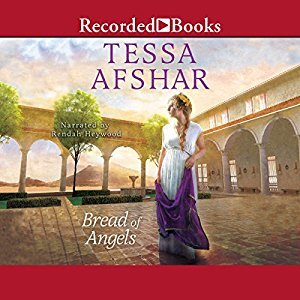 Purple. The foundation of an influential trade in a Roman world dominated by men. One woman rises up to take the reins of success in an incredible journey of courage, grit, and friendship. And along the way, she changes the world.

But before she was Lydia, the seller of purple, she was simply a merchant's daughter who loved three things: her father, her ancestral home, and making dye. Then unbearable betrayal robs her of nearly everything.

With only her father's secret formulas left, Lydia flees to Philippi and struggles to establish her business on her own. Determination and serendipitous acquaintances--along with her father's precious dye--help her become one of the city's preeminent merchants. But fear lingers in every shadow, until Lydia meets the apostle Paul and hears his message of hope, becoming his first European convert. Still, Lydia can't outrun her secrets forever, and when past and present collide, she must either stand firm and trust in her fledgling faith or succumb to the fear that has ruled her life.


I forgot to download my copy of this book from NetGalley before it was Archived, so purchased the audiobook.

It was a sweet story, which really brought to life a minor figure mentioned in the book of Acts and her world. Rich in details that can help shed light on the people the New Testament called the 'God Fearers': Gentiles who believed in the One God but never formally converted to Judaism. There were some excellent and well drawn-characters, and the themes were woven well into the story. I'd like to do some more research into the creation of purple dye at this time because it seems very much like how it was done in Medieval Europe (combining Woad with Madder instead of using cochineal snails).
Lydia was a woman much wronged, and in the grip of fear for much of her life. Fear of not being good enough, fear of betrayal and losing the business and reputation she'd worked so hard to build up. The story had plenty of drama and even a hint of Romance.

A couple of modern Americanisms like 'store' and 'I will write you' stood out, but they didn't detract from the story. Its' one of those stories which are reasonably faithful and authentic in the historical setting, but not so much so that it bogged the reader down, making for a relatively light, easy read.

Why the lower rating? Just a matter of personal taste. I still don't really care very much for Biblical Fiction, and I just didn't find this book as immersive as some others. I'm certainly going to be listening to the Audiobook of 'Land of Silence' soon and would look for more by this author.