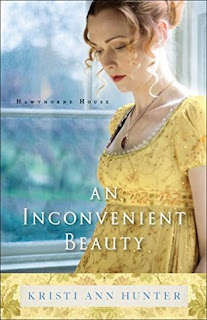 Griffith, Duke of Riverton, likes order, logic, and control, and he naturally applies this rational approach to his search for a bride. He's certain Miss Frederica St. Claire is the perfect wife for him, but while Frederica is strangely elusive, he can't seem to stop running into her stunningly beautiful cousin, Miss Isabella Breckenridge.

Isabella should be enjoying her society debut, but with her family in difficult circumstances, her uncle will only help them if she'll use her beauty to assist him in his political aims. Already uncomfortable with this agreement, the more she comes to know Griffith, the more she wishes to be free of her unfortunate obligation.

Will Griffith and Isabella be able to set aside their pride and face their fears in time to find their own happily-ever-after? 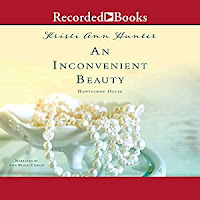 The final installment in the Regency Romance Hawthorne House series finally gives Griffith, the oldest of the four Hawthorne siblings (and eldest son and heir to the Dukedom), his chance at love. It started off on a humorous note, with the young Griffith and his friend paying back school bullies.
Years later, the most practical and unromantic of his siblings decides to seek a wife, a young lady whom nobody would expect yet is most suitable. At first, all goes well, until an old love interest comes back onto the scene and Griffith meets the Lady’s beautiful cousin, Isabella Breckenridge.

I must say that the premise of this book was good (a young woman who is being used by a relative to attract the attention of the young men of society for his own purposes, but cannot marry any of them) as was the characterization. Griffith was a likable character in all the previous books, the wise oldest brother, so tall that he was constantly banging into things, and supposedly could not dance.
There seemed to be fewer egregious Americanisms in this novel, which was something that really annoyed me with the previous ones.

Other reviewers, however, have remarked that it seems repetitive, and they never connected with the characters. I can understand where they were coming from and I wonder if the author was in some sense, running out of steam with this one. I’m not sure that the informal behaviour of Griffith and his brothers in parliament rang true, acting more like they were in the audience of a football match. The details themselves were interesting, and not often used in the genre, but could have been a little better.

It was an enjoyable story and plodded along and a decent pace. I would not say there was really anything to make it stand out from a lot of others, but it’s a good light read to pass the time.