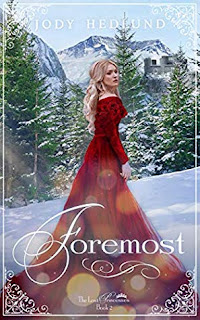 A second princess. Another key to the treasure. And a cruel king desperate to squelch the growing rebellion.

Raised in an isolated abbey, Lady Maribel desires nothing more than to become a nun and continue practicing her healing arts. She’s carefree and happy with her life…until a visitor comes to the abbey and reveals her true identity as one of the lost princesses.

When he was a young boy, Edmund Chambers helplessly watched King Ethelwulf murder his family. Edmund escaped and has lived in the abbey ever since, uniquely trained to work with wild animals. Secretly, he loves Maribel and desperately hopes she doesn’t complete her holy order vows.

When King Ethelwulf’s army arrives at the abbey to capture Maribel, she flees with Edmund across the desolate Highlands in an attempt to reach Adelaide’s rebel army. Edmund can no longer hide his love, but can Maribel give up her dreams of becoming a nun to love him in return?

This was another book that I finished with somewhat mixed feelings. It was a good YA story with plenty of adventure and romance.

First of all, this story finally vindicated me in my conviction that this series is fantasy NOT Historical Fiction, because of the inclusion of undoubted fantasy elements such as man who can communicate with animals, including a mythical dragon- like creature.
Its not set in a real time or place, nor is it based on real events. It includes mythical creatures, as well as American animals such as cougars and raccoons that have never been indigenous to Europe.

Anyway, on with the review. As said, this was a decent YA Fairytale story with a strong female lead and plenty of love and adventure. Maribel's medical training and knowledge of herbs made things more interesting.
Making her a nun, or rather a postulant (nun in training who had not taken her vows) was an interesting idea.

However, I did feel this story started to get weak and lag in a number of ways. First of, it felt repetitive towards the end, with lots of telling (over and over again), how the characters had learned their lessons analysis of feelings etc.
Yes, there were some important moral lessons about overcoming selfishness here, but we don't need to have them summed up over and over again.
Even the hero Edmund does not feel very much different from the hero of the last book, or the prequel. The only thing that set him apart are his trained animals.

Second: the battle scenes. I've commented on this in reviews of novels by this author before, but sadly the situation has not improved. The battle scenes are unrealistic to the point of being ridiculous. Highly trained soldiers go into battle without helmets or any kind of protection over the most vulnerable parts of their body, and (predictably), get killed when the goodies shoot them in the neck or throat- or more often throw knives at them. Which is a terrible cliche in itself. 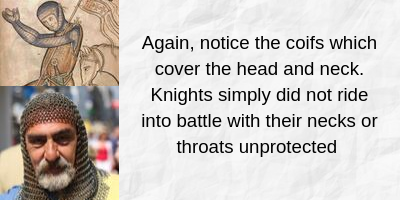 I mean honestly: even the most incompetent fighting force in history would have learned their lesson after a few failed military engagements in which lots of people were killed this way.
And honestly, I just hate it when the bad buys in novels are useless, inept and stupid. Its just bad characterization done to give the heroes and easy ride.

Also throwing daggers seems to be the main fighting method employed by certain characters in this novel, who must also have a get out of physics free card. Daggers are not guns: you can't hit any target with pinpoint accuracy from any distance.
In fact, I read that they're not very accurate at a distance of about 20 feet , and if they spin through the air, there is just as much of a chance the hilt would strike the person first.
The probability of them hitting the intended target, blade first at a precise 90 degree angle each time is next to impossible.

I really do hope that some of these weaker elements will be improved upon in the third and final book in the series, but I fear if this hasn't happened by now its not likely to. Its kind of disappointing overall.