Its been so long since I've done a First Line Fridays post. Far too long in fact.

So without further ado, here's a post for the group hosted by Hoarding Books.

I finally recieved my copy of On Wings of Devotion, the second book in Roseanna M. White's Codebreakers  series last month when I returned from the Welsh borders.

I haven't started it yet, but mean to very, very soon.

Isn't the cover pretty? Bethany House to good ones now. 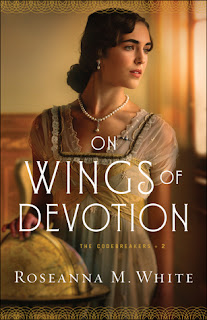 All of England thinks Phillip Camden a monster—a man who deliberately caused the deaths of his squadron. But as nurse Arabelle Denler watches the so-dubbed "Black Heart" every day, she sees something far different: a hurting man desperate for mercy. And when their paths twist together and he declares himself her new protector, she realizes she has her own role to play in his healing.

Phillip Camden would have preferred to die that day with his squadron rather than be recruited to the Admiralty's codebreaking division. The threats he receives daily are no great surprise and, in his opinion, well deserved. What comes as a shock is the reborn desire to live that Arabelle inspires in him.

But when an old acquaintance shows up and seems set on using him in a plot that has the codebreakers of Room 40 in a frenzy, new affections are put to the test.


I've made a graphic for the First Line. 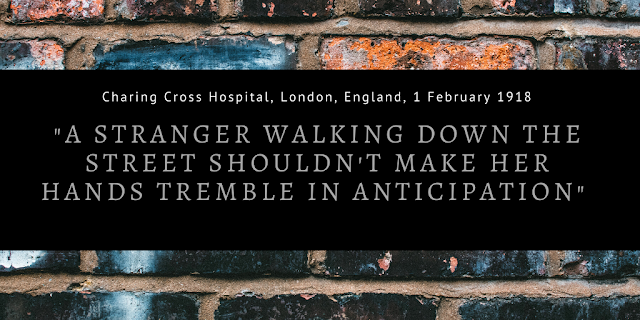 I shall go back to making more regular FLF posts so come back soon and don't forget to comment with your own First Line.