My post today is live from the UK, which is now in a state of semi-lockdown.  Although some people still don't seem to be taking this seriously.

I should be using this time to do more reading and studying. Today's post is sort of a homage to that.

My followers will know I'm slightly obsessed with Medieval History, especially that of Britain. I don't just read novels set at this time though. I also read quite a lot of non-fiction and Literature.

I think both these genres are excellent learning tools, especially Literature. I do believe that the best way to really familarize yourself with a period in the past is to read books actually written at the time, rather than just about the time.

Some of my readers might be familiar with the works of the late American historians Joseph and Frances Gies.They're great, well researched and very readable. Life in A Medieval Castle and Life in a Medieval Village are still basically classics. 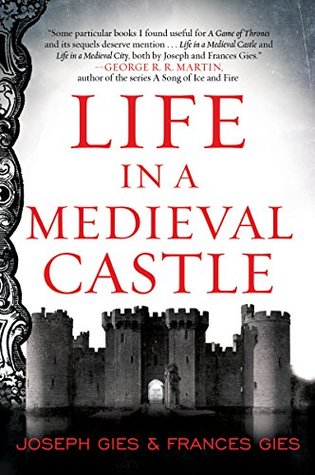 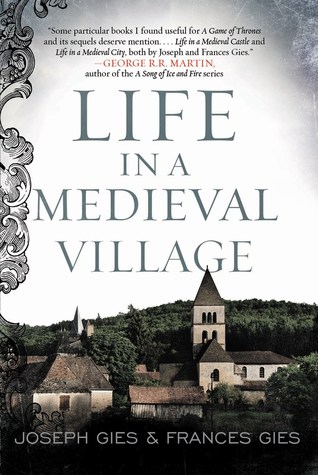 Some of their other books include these two: 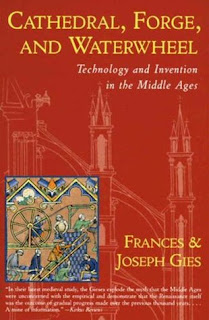 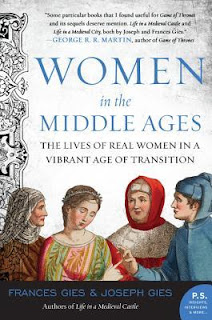 Yet, I've gotta say they're not my only favourites and they're kind of out of date. Which sounds crazy, but lets just say there's been more research since they were written and more sources examined.

Here's a pic of the 'three white books' I have on my shelf. Three of my favourite go-to research books. 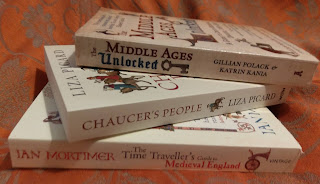 The titles, in case you can't see them in the photo are

This is also one of my favourites. The title is intended to be controversial. 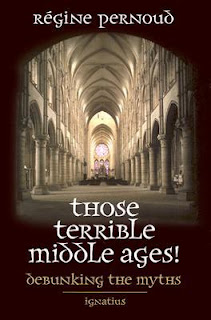 Its actually translated from French, and was written by an excellent French historian called Regine Pernoud. She refuted the thoroughly discredited a lot of popular misconceptions about this time period, with humour, common sense and lots of evidence. I'd thoroughly recommend this book if you can get hold of a copy.

On Medieval Women, a much misunderstood group there's this classic: 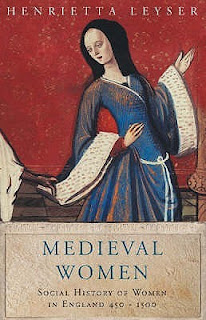 and a work of Medieval Literature. 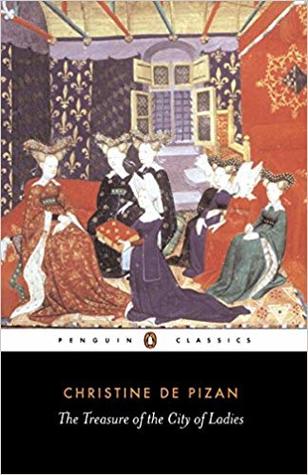 There are several other favourites, but this is Top 10, not Top 20. If I included all of those as well as the books in this genre I have not read yet, it would be well up to 20.
What do you think of my selection? Have you read any of these?