Brave Knights and Heiresses- Two Reviews in One. 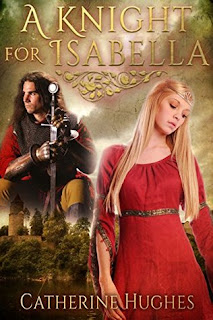 Isabella Whytelake was sent to Normanshire Castle to become a proper lady and meet her future husband. She is resigned to the prospect of a loveless marriage until she sees the man of her dreams . . . and learns he is her betrothed.

John Chruchgate is soon to be a knight and is the pride of Normanshire Castle, tall, strong, and handsome. The desire of every woman he meets, but he is betrothed to an unknown maiden.

When fate brings Isabella and John together as betrothed, they must learn that true love needs more than instantaneous attraction to survive.

Fair story, good for those wanting a nice sweet short read, as the description says. Generally it seemed to be accurate, but there were a few problems I noticed.
A reference to the Drawing Room in a thirteenth century Castle, and a character called 'Dunkirk' which is a place name. Also, there were some dodgy dates. There is a mention of the historical Battle of Lewes, fought in 1264, and then we're told it happened 50 years before, in the time of the grandparents of the characters', and then the the lead protaganist worrying there will be another Battle in her hometown of Evesham.

Well yes, there was also a Battle of Evesham, and it did involve Simon de Montfort Earl of Leicester as is mentioned- but it was fought only one year after the Battle of Lewes, not 50. What's more, a fate of 50 years after Lewis would mean the book was set c. 1314, when Edward II was on the throne, not his grandfather, Henry III who is mentioned as the present King in this one.

The reason for this apparent oversight is not mentioned, no historical note or anything which is annoying. If there is going to be such a big descrepancy in dates in a book like this, there ought to be a reason.

On a more positive note, this was enjoyable as a slightly angle on the usual arranged marriage story, and provided a different (and more accurate spin), on some historical details. I understand there are a couple of other short stories by the same author featuring some of the same characters, and I would certainly be interested in them. 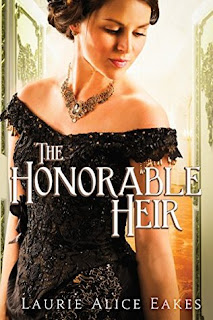 An American heiress and widow of a rakish English earl, Catherine has returned to New York high society determined to make amends for the scandal she caused when she crossed the Atlantic to elope with her best friend’s suitor and win the title of Lady Bisterne. But a ruined reputation isn’t the only thing that’s followed her home: Lord Tristram Wolfe, the rightful heir to the Bisterne estate, has vowed to track down his family’s stolen jewels—gems he’s certain Catherine stole.

Catherine has more to think about than charming, handsome Tristram and his accusations, even if he’s beginning to change her mind about never returning to England. Back at her family’s Tuxedo Park estate, she resolves to restore her honor by earning the forgiveness of her best friend and protecting her younger sister from other fortune-seeking Englishmen with dubious titles, all while abiding by the etiquette of the Gilded Age.

Yet when Tristram’s quest takes a dangerous turn, she must decide whether to follow the rules or save her accuser’s life.

The Honourable Heir had an interesting premise and setting- the region around New York in the so called ‘Gilded Age’. The historical details were, for the most part handled well, and I would say this was one of the better books I have read from this author.

That said, it did have some of the short-comings of her other titles- British characters using Americanisms (some of which were not even common in America at the time). Words like ‘pants’, and ‘someplace’ just weren’t right coming of the mouths of British characters at the turn of the last century, and I’m afraid they give the impression of a rather sloppy approach to this detail.
Other content was fairly typical for this author- characters railing against social conventions in the name of ‘freedom’, and moral condemnation of the British government over the Boer War. As if the America never did anything wrong.

I understand this was a reprint of a short novel originally published by Harlequin a couple of years ago. Coming from a publisher known for Romances gives an impression of what to expect- so be prepared for fairly typical Romance in which characters’ initial reservations and resolutions are dropped.

Altogether, despite being a little bit silly and clichéd, it’s alright as a quick, light read and the resolution was satisfying. Worth buying for the price.

I requested a copy from Netgalley for review. I was not required to write a positive one an all opinions expressed are my own.