Review of 'Dance of the Dandelion' by Dina Slieman 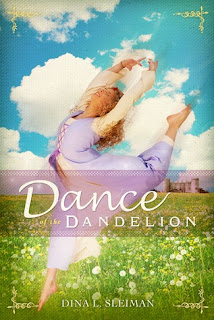 "Love's quest leads her the world over.
Dandelion Dering was born a peasant in the English village of Arun, but her soul yearned for another life, another world. One filled with color and music, with adventure and passion... with more.
Haunted by childhood memories, Dandelion determines to find a better existence than the life every peasant in the village contents themselves with. Even if her sweetheart William's predictions prove true, and her journey leads straight to heartache.
From her sleepy hamlet to the intrigue of castle life, from the heart of London to the adventurous seas, Dandelion flees from the mistakes of her past, always seeking that something, that someone who will satisfy her longings.
Will Dandelion ever find the rhythm to her life's dance... or did she leave her chance for true love at home in Arun village?"


Opinion: Dina Slieman's debut novel seems to be essentially something of a 'coming of age' story for the heroine Dandelion (not a name I liked), which also happens to chart aspects of her spiritual journey. Dandelion herself (Dandy for short) was, to my recollection not a character I ever really warmed to.  The novel itself, though enjoyable enough (and though it was set near the area where I live)  is not one what I would call exceptional, and I wouldn't necessarily be in a hurry to read it again.

Some of the details about the lives and everyday struggles of Dandy and her neighbours were interesting, with some colourful and believable characters, and the story was original and fairly well written, but I did have a number of issues.
The punctuating of the first person narrative with Dandelion's 'flashbacks' from childhood could prove a little distracting and, whilst the descriptions of the lives and struggles of Medieval peasants could be interesting enough, there were a number of historical issues which blighted this part of the story.

One issue I had personally had (not only with this novel personally) was that the English characters seemed altogether too Americanised, in their mannerisms, speech and sometimes outlook. This is something which irks me in historical novels generally, not specifically in this one, and is very much a personal issue.


History: Though the story takes place in the early 1300s, and whilst some of the details seem consistent with that period, others could be more in keeping a Regency period setting. I am quite certain people generally did not ride in carriages at this time, so the description of them travelling thus through the cobbled streets of London seemed rather out of place for the time period.

The second issue I had was with the status of Dandy and her family, who are implied  to have been free peasants of the emerging Middle Classes in one place, and then were being called ‘villiens’ who were tied to the land the next. There were significant differences between these two groups namely that the latter were essentially unfree serfs and the property of their local landlord. So the seeming conflation of the two could prove rather confusing.
Perhaps though I am being too pedantic in this regard and the author did the best she job she could with the historical material and research.

Christianity/Morality: There are a couple of sexual references in this novel, though nothing was graphically described as I recall. A number of the characters including Dandy engaged in extra or pre-marital liaisons.
For me, the most worrisome aspect of the religious content of the novel was the prominence given to mysticism. At least two prominent minor characters are based on historical mystics There was much emphasis on what people felt that God wanted of them, or their emotions where religious matters were concerned, and much praise was given to ‘ecstatic experiences'.
Such are a rather flimsy basis for faith, not least because they can be subjective and misleading. Furthermore, they are of dubious spiritual origin with potentially dangerous implications.

It also seemed to be implied in one place that people of religions other than Christianity who `found their own way to God' could make it to heaven without necessarily believing in Christ. Though one of the characters make it clear that the God worshiped by Muslims was different in attributes and character to the Christian God, so was not the same as the Christian God as Dandelion believed, there was no mention probably the most important difference between the two religions- that Islam teaches God has no son.

Altogether, this was a decent novel, with a fairly original storyline and good in places, though it could have benefited from more research. Mainly due to the religious issue highlighted above, particularly the mysticism, I cannot really recommend it.