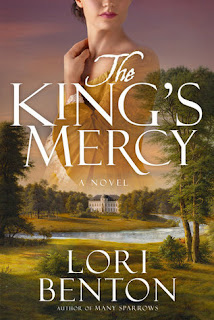 When captured rebel Scotsman Alex MacKinnon is granted the king's mercy--exile to the Colony of North Carolina--he's indentured to Englishman Edmund Carey as a blacksmith. Against his will Alex is drawn into the struggles of Carey's slaves--and those of his stepdaughter, Joanna Carey. A mistress with a servant's heart, Joanna is expected to wed her father's overseer, Phineas Reeves, but finds herself drawn instead to the new blacksmith.

As their unlikely relationship deepens, successive tragedies strike the Careys. When blame falls unfairly upon Alex he flees to the distant mountains where he encounters Reverend Pauling, itinerate preacher and friend of the Careys, now a prisoner of the Cherokees.
Haunted by his abandoning of Joanna, Alex tries to settle into life with the Cherokees, until circumstances thwart yet another attempt to forge his freedom and he's faced with the choice that's long hounded him: continue down his rebellious path or embrace the faith of a man like Pauling, whose freedom in Christ no man can steal. But the price of such mercy is total surrender, and perhaps Alex's very life.

The King's Mercy was originally concieved of as the retelling of an account of a man who was touched by the story of an escaped slave from one of the Letters (or epistles) in the Bible. However, like many stories it took on a life of its own and went in directions the author didn't plan for.

What emerged was a rich story set in mid-18th century America. Alex McKinnon was a man with nothing to lose deprived of family and friends and sent alone to a strange land. Joanna was a woman who appeared to have everything, but with a family facing ruin and unable to help the people she cared about.

The story follows Alex's journey towards faith and redemption. "The King's Mercy" was an apt name, as his tortured and wounded soul sough purpose and freedom before discovering mercy, faith and love where he did not expect them. Joanna has a similar arc, realizing that some friends can't be trusted and that adversity can impact people in very different ways. It did a good job of describing the lives of enslaved people in 18th century America, and didn't shy away from some of the more unpleasant realities.

The only downer for me was that I felt the story was a little too complicated, and there were too many "side characters" with their own stories. This, by turn, made the narrative a little confusing and choppy in some places.

I would certainly consider reading more novels by this author in future as this was a great introduction to her work.

I requested an Arc of this title in 2019 and subsequently purchased the ebook of my own volition. All opinions are entirely my own and this did not influence my review.